After the Paris attacks 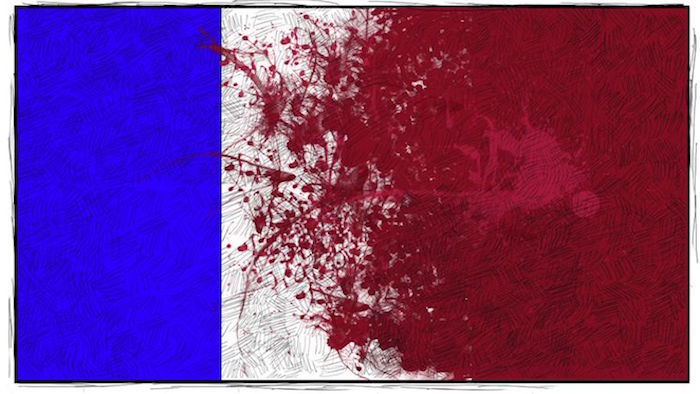 After the Paris attacks

“These terrorists have just claimed a victory against us”

The morning after terrorist attacks carried out by at least eight people linked in Islamic State, which claimed more than 128 lives in Paris and around the Stade de France, the French press responded to the wave of emotion unleashed in France and across the world and examined the fragility of the systems in place to prevent such attacks.

After the January attacks and the military intervention in Syria, the French authorities were on high alert and had doubled their efforts to track suspicious individuals. But they were unable to prevent a group of jihadists from carrying out the most bloody attack in Europe since 2004.

“Terrorist barbarism has reached an historic new low”, writes Laurent Joffrin. For the editor in chief of Libération,

it is France itself, its politics, its international role, that the killers have taken aim at, not like those targeted attacks against Charlie Hebdo or the Hypercacher supermarket, but through a random, unrestrained cruelty that seeks to terrorise an entire nation. French society should arm itself with the courage to surrender nothing these killers, to exercise its vigilance and its unshakable will to stand up to this horror with its principles of justice and solidarity. The Republic, the mobilised state, the forces of law and order will steadfastedly take on this task with all their might. It is impossible not to link these bloody events with the fighting going on in the Middle East. France is playing its role there and must not flinch from it. Only the unity of the country, solid and resolute, based on its core values, will allow it to overcome its greatest challenge.

The perpetrators of the attacks have provoked “anger and disgust from columnist Jean-Marie Montali in Le Parisien. For him —

The religious barbarians, pseudo soldiers whose heroism consists of taking innocent lives, have killed blindly because they want to send France into a state of shock. To stun. To paralyse. To divde. But in the name of the true martyrs of the past, of the innocent victims, and in the name of the Republic, France must remain united against them.

For Le Figaro what happened on Friday evening was “the worst-case scenario so feared by the security and intelligence services”. The daily quotes a number of experts who had earlier warned it was “highly probable” that a series of attacks like those in Paris would be carried out by —

A small or large team of battle-hardened youths returning from warzones, perhaps from Syria, perhaps from Libya or Yemen, who find weapons in France itself and strike.

"It is the biggest ever attack in France," Le Monde observes —

These attacks – regarded as “complex” because of the multi-level way they were coordinated – were inspired by a form of violence commonly used for several years now in warzones like Afghanistan, Iraq or Syria, places reigned by violent practices that France believed itself to be protected against.

a break in the way terrorists target France. And that is true in four different respects: the objectives, the simultaneity, the scale and the suicidal method. […] By reaching a new low in the war, these terrorists have just declared a victory against us. Terrorism is, fundamentally, a weapon of mass communication: the resonance of Friday’s acts is immense. This is the effect these perpetrators wanted and they have suceeded, since we have been legitimately held hostage to our emotions. Terror has proven its effectiveness. […] The Paris attacks have taken place two weeks before COP21, which will see dozens of heads of state and government meet in the capital. The security challenge, already high, has now shifted up a notch. In the case of the Syrian crisis, with a summit this Saturday in Vienna for the main countries involved in resolving the situation, we must ask ourselves: how long can France hold its line against both Bachar and Daech when it has been so badly hit by terrorism?