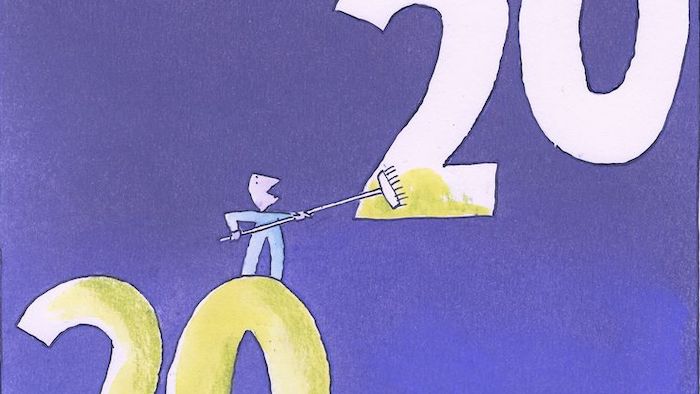 Time for Europe to live up to its responsibilities

After the Decade of Disruption, 2020 will be the start of a decade (and more) of restoration – not of the past but of a future inspired by values of the past. After wasting many years on denying reality, Europe is forced to come to term with both Brexit and a disengaged United States – be it under a second term of Trump or under a, less likely, first term of a new Democratic president. Either way, Europe must grow up and take its responsibility after decades of hiding behind the political, and particularly military, might of the US.

The good news is, Europe is strong enough to do so. Economically, despite the Great Recession, and the continued economic struggles in much of the South, European economies are largely in a good shape, even if challenged by the many changes caused by the economic, political and social transformations of the past decades. European economies have seen growth for most of the 21st century, although very unequally, and even if growth has fallen recently, there is no reason to panic.

Politically, the European Union has proven to be much stronger than even most of its supporters thought. As so often, European elites bought into the apocalyptic fantasies of the far right, thinking that Brexit would bring the end of the EU through a string of subsequent exits. Instead, the EU came out of the whole Brexit sage largely unscathed.  In fact, it is more popular now than it has been in 35 years, largely thanks to Brexit – both inside and outside of the EU.

But not all is well. While the EU institutions have proven resilient to nativist challenges, EU values have not. As I argue in my new book The Far Right Today, European elites have slowly but steadily mainstreamed and normalized the far right over the past decade(s), prioritizing their policies, adopting their frames and policies, and embracing their parties and politicians. They have redefined the far right voter into the vox populi and are terrified to be seen as out of touch with “common sense”.

This has not just led to much more right-wing policies, particularly with regard to immigration/integration and security, but also to a narrowing of the political space in which major issues, in terms of both global significance and popular concern, are largely marginalized – including corruption, education, emigration, environment, health, housing, etcetera.

It has also led to the mainstreaming and normalisation of the far right at the heart of the European Union. In the past decade Viktor Orbán did not only transform Hungary from a (far from perfect) liberal democracy into a competitive authoritarian regime, he became one of the major players within the EU, challenging German Chancellor Merkel’s pro-integration narrative with an open and proud nativist narrative of his own.

Sure, Orbán did not win the fight, but neither did Merkel, who pushed for the inhumane and unsustainable EU-Turkey deal and has, step by step, walked back many of her pro-immigration policies in Germany itself. In the end, Merkel never was the “defender of liberal democracy” the international media proclaimed her to be – in the wake of the so-called “refugee crisis” and Trump’s victory. Orbán’s authoritarian rule is built upon an economic model that is heavily dependent upon German (car) industry and EU subsidies. In both cases, Merkel’s party, the Christian Democratic Union (CDU), and particularly its Bavarian partner, the Christian Social Union (CSU), have been a major protector and supporter of Orbán’s regime.

The EU cannot live up to its mission and purpose when it allows illiberal democratic regimes within it. While it was explicitly founded to prevent a new war between European countries by integrating them economically (and politically), the countries its founders were mostly concerned about were those governed by far right parties and politicians. Hence, Orbán’s Hungary is antithetical to the European ideal.

The EU should not just stop subsidizing Hungary, it should make it clear to its elites and masses that the question is either Orbán or the EU! If the EU will not stand up for its (founding) principles, it will not only see more and more illiberal democratic countries in its midst – in particular, but not necessarily exclusively, in Central and Eastern Europe – it will become a mere shell of itself.

Fundamental change is not easy, and often only follows deep crises or existential threats. Even though many political elites don’t realize it yet, the EU, at least as a transnational liberal democratic experiment, is experiencing both. It has been facing an ideological crisis at least since the Great Recession and it is facing existential threats both from inside and outside.

Abandoned by the US, a process that started well before Trump came to power, and challenged to its core by Putin’s Russia, the EU is operating in an increasingly fragmented and hostile world. It has fewer and fewer powerful liberal democratic allies left in the world, with Brazil and India also in far right hands. Therefore, the EU must finally become an independent global player by using its economic power to develop significant political and, to some extent, military power – to defend its own institutions and values, not to attack those of others.

To do this, however, the EU must first address its own internal crisis. It has to re-establish its liberal democratic principles, adapt them to the challenges of the 21st century, and ensure that all its member states live up to them. If they do not, they should be, first, severely sanctioned and, if unresponsive, expelled. If the EU fails to do so, it will still survive, but as another major organization without a real purpose, not unlike NATO, looking for real and imagined enemies to mask its lack of positive principles.

Far-right is the new mainstream

In his latest essay, The Far Right Today (Polity Press, 2019) , leading expert on the rise of nationalist, reactionary and far-right populism Cas Mudde “gives an accessible account of the history and ideology of the far right as we know it today, as well as the causes and consequences of its mobilisation”, writes Katherine Williams. According to her, Mudde’s “ultimate aim is to equip readers with the tools needed to critically engage with the challenges the far right poses to liberal democracies across the world and enable them to effectively counter these threats.” What makes the recent wave of far-right and populist parties so alarming, adds Paul Lewis, “is both its success in parts of the west from which many assumed it had been banished, and the speed at which far-right leaders have been normalised. […] Even where they fail to secure power, rightwing populists have been setting the political agenda, forcing opportunistic ‘mainstream’ conservatives to mimic the ideas and language of the radical fringe.”