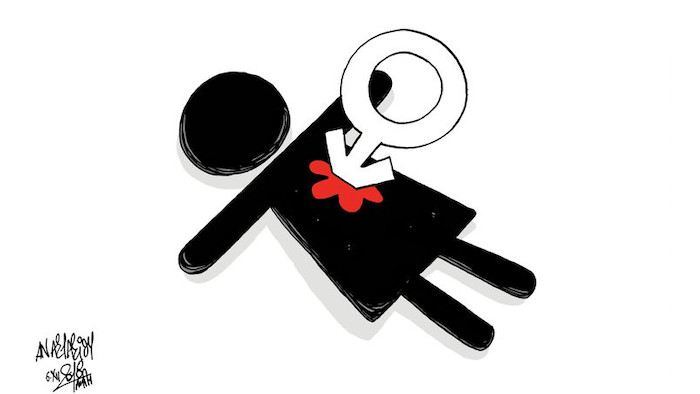 Time to get tough

According to a 2014 pan European survey on the issue of gender violence, 50 per cent of women across the EU experienced sexual harassment at least once, since the age of 15. The latest podcast episode of The Grassroots View series sheds light on the state of the art of the fight against gender-based violence in Europe.

Back in 2014, the first EU-wide survey on violence against women, conducted by the EU Agency for Fundamental Rights, revealed that 1 in 5 women had experienced physical and/or sexual violence from either their current or previous partner (see figure below). Six years later, unfortunately, the situation appears to not have changed a lot: assaults and even murders targeting women continue.

Yet, on a more positive note, what has changed, is the saliency of the topic. According to VoxEurope’s editor-in-chief, Catherine André, “things changed after the #MeToo movement”. Also, a relatively new word has been used over the past few years to define the murder of women: “feminicide”.

But where does gender-based violence actually come from? “Gender violence has extremely strong roots in the whole patriarchal cultural code that has featured our civilisation for thousands of years”, explains Marina Škrabalo, a member of the Diversity Europe Group in the European Economic and Social Committee (EESC) and director of the Croatian human rights foundation Solidarna.

Both Catherine André and Marina Škrabalo are guests of the latest episode of The Grassroots View, together with Jelena Veljača, a co-founder of the Croatian non-governmental social network campaign and citizens' initiative against domestic and sexual violence, #Spasime (“Save me”, in English).

Crucially, André, Škrabalo and Veljača discuss why the so-called Istanbul Convention (officially: the Council of Europe’s Convention on preventing and combating violence against women and domestic violence) has not yet been adopted by the EU Council and 7 of the EU’s member states, and what the focus of the fight against gender violence should be.

The Istanbul Convention is the first international legally-binding instrument to create a comprehensive legal framework and approach to combating violence against women. In its 2019 opinion on gender equality, the EESC urged the EU and Member States to move swiftly ahead on the adoption of the text. Also, the EESC asked the European Commission to put gender equality at the top of their political agendas.

Meanwhile, at the dawn of a new decade, the President of the European Commission, Ursula Von Der Leyen, mentioned the issue in her political agenda for the years to come: “EU accession to the Istanbul Convention on fighting domestic violence remains a key priority for the Commission. If the accession remains blocked in the Council, I will consider tabling proposals on minimum standards regarding the definition of certain types of violence, and strengthening the Victims’ Rights Directive”, she wrote. Adding: “I will propose to add violence against women to the list of EU crimes defined in the Treaty”.

This podcast is part of the EuroPod media network.