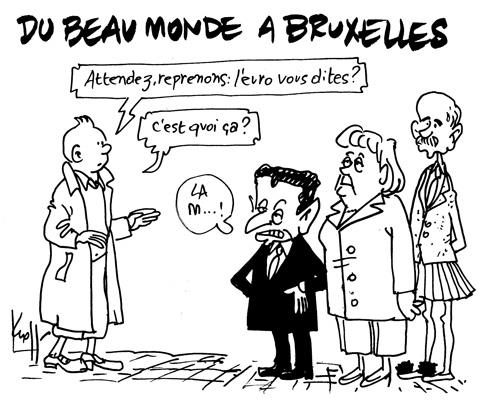 While Steven Spielberg presented the world premiere of his latest film "Tintin" in Brussels, the Belgian capital hosted a summit of heads of state and government - including Nicolas Sarkozy, Angela Merkel and George Papandreou - supposed to find a solution to the eurozone crisis.

You may unsubscribe at any time. Your email address will not be shared with third parties. *
Categories
European UnionFranceGermanyGreece