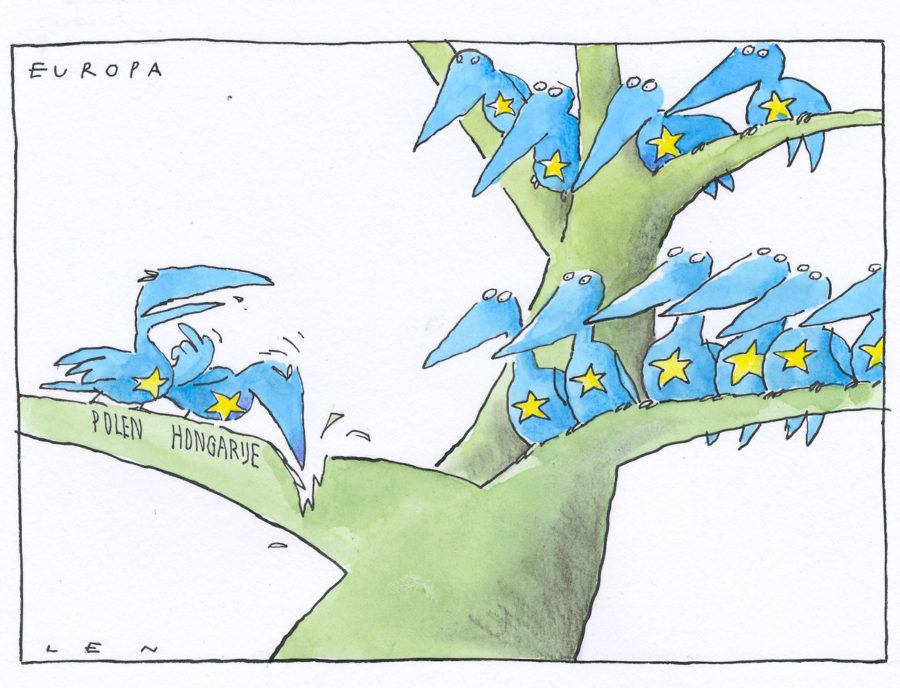 During their latest summit, EU leaders adopted the proposal for making the granting of European aid conditional on respect for the rule of law, as well as how the mechanism should be interpreted. While it may have helped overcoming Hungary and Poland’s veto to the EU Budget and Recovery package, it violates the checks and balances of the EU legal order, and hence of the Union’s own Rule of Law, argues lawyer and good lobbyist Alberto Alemanno.

During its 10-11 December summit, the European Council (EUCO in the EU jargon) broke the deadlock regarding the Multiannual Financial Framework (MFF), Next Generation EU and the Rule of Law (RoL) Regulation. In this analysis, we focus on the EUCO Conclusions, notably on the ‘interpretative declaration on the new rule of law mechanism’.

Originally crafted by the German Presidency in close contact with Budapest and Warsaw, this text has enabled the remaining EU member states to overcome the veto posed by Hungary and Poland on the adoption of the entire package, thus reaching a ‘mutually satisfactory solution’. In its unusual declaration, the European Council agreed that “the Commission intends to develop and adopt guidelines on the way it will apply the Regulation” and that “[u]ntil such guidelines are finalised, the Commission will not propose measures under the Regulation.” As to when these guidelines may be deemed to be finalized, the European Council agreed that “[s]hould an action for annulment be introduced with regard to the Regulation, the guidelines will be finalised after the judgment of the Court of Justice.”

We argue that despite its political nature, this interpretative declaration entails major legal consequences. At a deeper level, it also shows an unprecedented disregard for the Rule of Law, and its principles and corollaries, governing the Union. Let’s translate these into more intelligible terms offered by a national legal order. When looking at it through the prism of the nation state, this declaration amounts to a scenario in which the head of state agrees with the executive to suspend the application of a legislative act until the Constitutional Court has greenlighted it. […] Everyone sees how this would be legally questionable and the situation is no different when this scenario plays out in the EU, rather than a national, legal order.

A first approach, which is dominating the public discourse, is for the European Parliament to simply ignore the EUCO Conclusions and to take the principled position that only the actual text of the Regulation matters. It could – similarly to the Commission, but this time on its own initiative – adopt a Declaration to be annexed to the Regulation stating the obvious, meaning that it is the Commission’s duty, as guardian of the Treaty, to implement the mechanism in compliance with the terms of the Regulation and without succumbing to political pressure from the European Council, other institutions o…