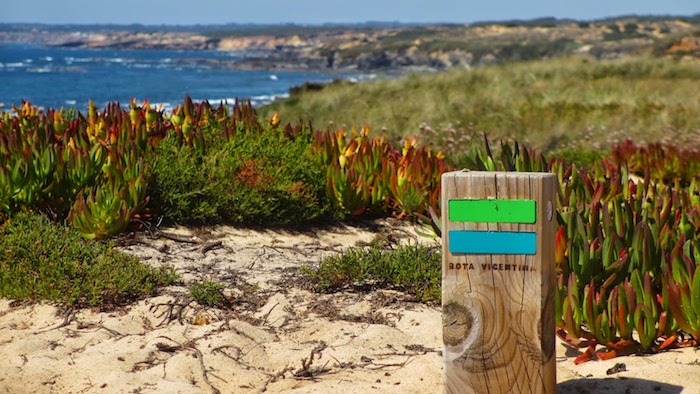 Walking in a good direction

In South-West Portugal an original path to economic development is being explored, based on sustainable tourism and the active involvement of the local community. A network of hiking trails, the Rota Vicentina, lies at the heart of the project.

In the last few years, Portugal seems to be getting almost everything right. It won the Euro football championship, the Eurovision song contest, and one of his nationals was appointed UN Secretary-General; each of these successes was a first for the country. Moreover, Portugal is coming out from long and hard years of economic crisis with no significant xenophobic or populist movement, and as the only European country ruled by a leftist majority.

On top of all that, the country is experiencing an unprecedented tourism boom, which further plays to the positive narrative surrounding it. Apart from Romania, no other EU country has been growing so massively on the international tourist market in the last 5 years or so. If one looks at the regional breakdown of inbound tourism, it is not only the traditional destinations of Lisbon or Algarve which stand out, also every other region is becoming more and more popular year after year.

To be sure, the positive aura surrounding Portugal’s experience in the last few years comes with some shadows – as it is indicated for instance by the devastating fire in Pedrogão Grande, by the imbalances in Lisbon’s housing market, by the struggle against oil explorations offshore. Yet when one goes on the ground one comes across traces and stories that do indicate that the Portuguese seem to be getting quite a few things right.

Marta Cabral is a friendly woman overseeing one of the most original and successful development projects implemented in South-West Portugal, in between Lisbon and Algarve – a place of cork trees, tiny villages and summer heat. Rota Vicentina is the name of the project: if you have not heard of it yet you will hear soon, as it is becoming more and more popular both inside and outside Portugal.

Cabral and the people of the region had two problems: they were left quite at the margins of the main tourist itineraries, and the influx of tourists stopped at the end of the high season anyway. In order to foster the development of tourism in the region, the Rota Vicentina project was set up in 2010. The core of the project consists in the creation and management of a network of hiking paths, formed by two main multi-day trails and a number of shorter circular routes, covering about 450km in total.

“It is really easy to promote our trails”, Marta Cabral admits: in effect, the sheer beauty of the landscape is so convincing that few words or efforts need to be added to it. Take the Fishermen's Trail for instance: imagine a 4-days trail along pristine ocean coast on top of impressive rocks, passing from one huge empty beach to the other, surrounded by birds and flowers. Add gorgeous weather, genuine food and an easy-to-walk path: what else could you ask for?

“The real challenge for us is to make sure that the ongoing success of the Rota Vicentina is sustainable in environmental and social terms. We expect the number of tourists to grow a lot in the next years, but we have to make sure that this does not come at the expense of the environment nor of the local way of living. We do not want to kill the local identity. This balance is very delicate to achieve, so we pay a lot of attention to keeping control on the developments that are taking place.”

Such a strong bet on slow tourism, sustainability and rural development puts South-West Portugal far apart from the model followed for decades in the Algarve coast, just a few dozen kilometers south, but it is not unique. Other regions in Europe are trying to follow the same path, and are facing similar challenges. As it happens for the Rota Vicentina, they can often count on financial support from the European Union, notably via the Regional Development Fund.

What makes the Portuguese experience particularly interesting – and possibly a model for others – is the way in which it empowers the local community. The initiative for the Rota Vicentina came from below, and from the very beginning it proceeded by involving extensively the local people: not only the authorities and the entrepreneurs active in the tourism sector, but also fishermen, peasants, pupils. “We are the people,” Cabral says. “It is obvious that these investments are a very good deal for everyone, and the authorities can see it. It is a very inclusive, democratic project.”

This capacity to move past parochial divisions, to bridge different interests and views, to favor an inclusive, sustainable development is one of the elements contributing to the positive aura currently surrounding Portugal. In the case of the Rota Vicentina it is easy to spot this capacity. “What was crucial for our project was the combination of commercial, touristic, hiking expertise with the aspirations and interests of the local people. It is a project with deep local roots and a close focus on the benefits for the local community, but it is also a project made possible by the variety of experiences that the people involved in it had abroad, and by their diverse background.”

In order to further expand their offer, the promoters of the Rota Vicentina plan to start offering a range of rural and cultural activities to tourists in the next months. Once again, the way they frame it points to their distinctive sensitivity to the involvement of locals and to sustainability: local fishermen, craftsmen, peasants, or even artists will be involved with the tourists – but they will be involved only for a low percentage of their time, so as to make sure that they do not give up their own activities and start relying solely on tourism.