Ideas Refugee crisis in the Mediterranean 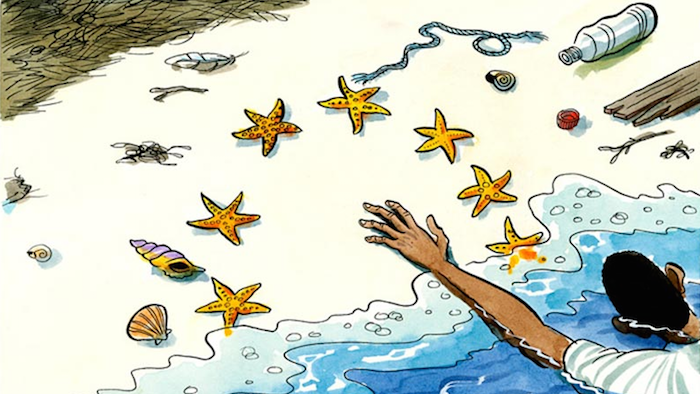 Ideas Refugee crisis in the Mediterranean

We are responsible for this humanitarian mess

Europe’s inability to humanely handle the ongoing crisis in the Mediterranean should not surprise us. It is the result of the anti-immigration rhetoric and policies championed by its leaders and supported by a growing number of people, writes a Maltese journalist.

The despicable British celebrity and columnist Katie Hopkins managed to sink to ridiculous lows through her column in The Sun when she compared migrants to cockroaches and advocated using gunships to stop them from entering Europe.
Only recently when we uploaded the satellite phone conversation of a migrants’ boat in distress a certain “Galea” posted a comment suggesting: “Landa pitrolju u suffarina” (get a jerrycan of paraffin and light a match).

Why am I mentioning this? Because for too long political leaders have inhaled and taken note of the toxic smoke of hatred of the likes of Hopkins and Galea, because sadly they reflect a very big number of our sorry society.

The result? Borders came before people. Italy’s Mare Nostrum mission, which saved 140,000 last year, folded up because there was no money for it. It was replaced with EU Frontex patrols whose sole aim was to protect borders.

The timing couldn't have been worse. The numbers of people fleeing war is unprecedented. The West’s intervention in Libya turned it into a vacuum state run by warlords leaving tens of thousands of desperate migrants fearing for their lives. There’s reason to believe that some migrants are even being pushed out to sea by criminal gangs.

Today we are witnessing reports that as many as 700 have died in the latest boat tragedy off Lampedusa. Should that figure be confirmed it would be the biggest sea disaster in the Mediterranean since World War Two. Humanitarian organisations’ predictions have now been confirmed.

EU leaders are today in a flurry to fix the umpteenth meeting to discuss the situation in Brussels. Forgive my cynicism, but for the 13 years I’ve been covering this issue closely, I’ve only seen talking shops of rhetoric which lead nowhere, while the Mediterranean turns into a watery grave.

Let’s be realistic - nobody has a solution to stem the horrific numbers of migrant deaths and crossings. To achieve that you need to eliminate wars and poverty, which is nigh on impossible in today’s world.

Upon being elected, Prime Minister Joseph Muscat flexed his muscles and threatened to push back a group of migrants to Libya. Today, he’s acknowledged that threat was a mistake and along with Italy’s Matteo Renzi, he has become one of Europe’s strongest voices to try to drum up support to stop the deaths.

EU leaders simply cannot take months to hammer out some sort of rescue mission to stop the bloody mess.
As Amnesty International pointed out, merchant vessels and their crews have bravely attempted to fill the gap left by the chronic shortfall in specialist search and rescue teams, but they are not designed, equipped or trained for maritime rescue.
It is time for European governments to urgently set up a multi-country concerted humanitarian operation to save lives at sea.

Europe cannot expect the heroic work of private organisations like MOAS to clean up the mess.
The problem is also the media, which continues drumming up the figures of arrivals, forgetting there are lives behind every statistic. I’m writing this from Italy where the horrific story of Christian migrants thrown overboard by Muslims dominated the Italian headlines for three days. The news of the 400 who died earlier in the week is off the radar. The NGOs I met in Italy are justifiably livid.

We are a selfish society bristling with suspicion of anything that is different to us. Small countries like Malta should not be expected to use its limited resources to save migrants, but we cannot keep complaining that we are being invaded when let’s face it, it is Italy which is almost single-handedly feeling the brunt.

The likes of Hopkins and Galea can stick to their racist sentiments. The rest of us need to do our little bit, and we can start doing that by showing some solidarity and attack the broken system rather than the victim.