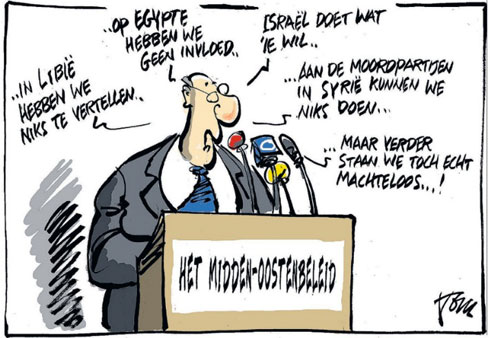 Libya is out of control... Egypt is not listening... Israel does what it wants... We can do nothing to prevent the massacres in Syria... and as far as everything else goes, we are helpless!

On the desk: "Middle East politics"

After the refusal by the British parliament to endorse the UK's participation in a military intervention against Syria, the problem of how to respond to the Syrian regime's apparent use of chemical weapons against civilians seems to have become even more complicated, especially since the United Nations Security Council, is deadlocked, partly due to Russian hostility to any military action.

You can unsubscribe anytime *
Categories
EgyptIsraelLibyaSyria