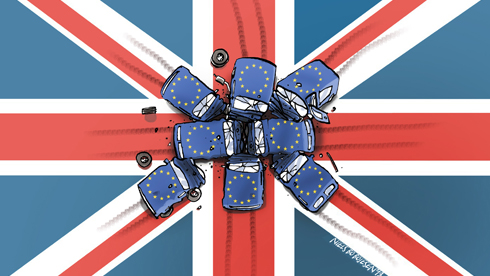 What have the Europeans ever done for us?

Actually, quite a lot, argues a columnist, after the UK’s pro-Europeans rallied last week for a low-key launch of a new group to counter the nation’s infamous Euroscepticism. A fitting tribute to the subtle but profound influence that the EU has had on the country during the last 40 years.

Europe House in Smith Square, where the European Commission and the European Parliament have their joint London headquarters, is the very building – the former Conservative Party Central Office – where Margaret Thatcher celebrated her election victories.

So there were plenty of ghosts at the party when the troika of prominent British Europhiles chose Europe House for the launch of their proto-Yes campaign this week. Ken Clarke (Conservative, minister without portfolio), Lord Mandelson (Labour, former EU commissioner and spin doctor supreme) and Danny Alexander (Liberal Democrat, chief secretary to the Treasury) are jointly fronting the Centre for British Influence, which will argue the case for the UK to stay in – when, or if, David Cameron gets around to holding his promised In/Out referendum on the European Union.

Talk about low-key, though. The very name, the Centre for British Influence, makes the new group sound almost like an affiliate of Ukip. There are outright anti-EU organisations that sound more engaged with Europe than this. If the CBI – an unfortunate, or perhaps deliberate, overlap – is to be the kernel of a future Yes campaign, it looks awfully like a lobbying effort by stealth. Is the thinking perhaps that a below-the-radar approach is the only one that will persuade British voters to grasp the pro-EU message?

In fact, this might not be a bad strategy. Not only because polls have, until recently, shown a rise in pro-Europe sentiment only when the subject leaves the headlines, but because the EU’s impact on Britain has been so gradual as to be barely perceptible. Seen overall, however, from the perspective of the past 40 years, it has been enormous, and almost entirely beneficial.