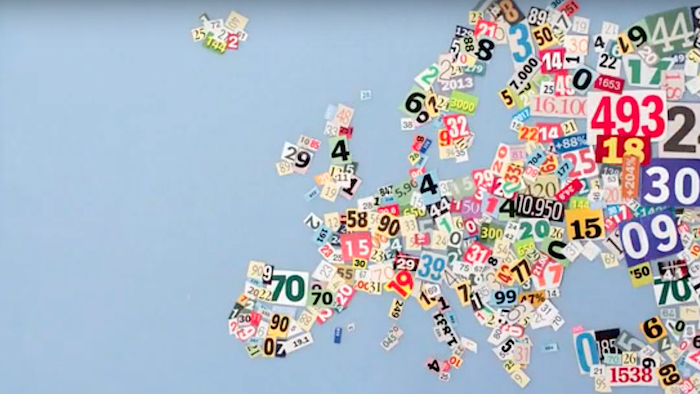 Why and how we created the European Data Journalism Network

How a group of media outlets joined forces to set up a collaborative platform to cover European affairs in the era of post-truth and alternative facts.

At a time when facts and how they unfold is questioned and the reliability of the media is under scrutiny sticking to reality and hard facts is still the best option for a news organisation that puts quality and reliability before clicks and buzz.

This is even more the case with European affairs: in a multinational and multicultural environment like the European Union, where opinion is a commodity widely shared among journalists and the public, facts and figures are one of the few things that everybody can agree on — or at least that everyone can understand before disagreeing on their interpretation.
Much more than text and stories, which may sound radically different depending on the audience, charts, maps and other infographics are immediately understandable by the general public — and, as pioneer data journalist Nicolas Kayser-Bril correctly pointed out, they don’t need costly translation and localisation: the very issues that are weakening the economic model of the few multi-language pan-European news organisations currently operating.

In addition to helping cross language barriers and explain complex phenomena — no rare occurrence in European affairs — data-driven news may even be graphically attractive. It may provide possibilities for creativity that pure-text stories lack, and compensate for the perceived lack of sexiness in European news. And eventually persuading newsrooms that, after all, such news might deserve some attention.

Until now, however, very few news organisations chose to systematically treat European issues with a data-driven approach. When publishing maps and charts, they mostly reuse or elaborate the ones provided by the EU institutions’ press services (the European parliament’s press office regularly publishes maps and infographics — some pretty well designed and definitely useful — and other multimedia material that can be easily embedded by third parties) or elaborate on Eurostat’s press releases. Others, like the French news and policy website Contexte (paywall) developed their own tools, deploying considerable efforts on creating innovative infographics. The most complete and innovative stories came out of collaborative investigations set up either by freelance reporters or by small investigative platforms, both more often than not financed through grants from funding organisations, like the Journalismfund.eu or the European Journalism Centre on condition they are subsequently published by legacy media. The Migrant files investigation, which won many prizes, is a good example of this.

The biggest issue that has so far prevented media organisations from treating European affairs under a systematic data-driven approach is editorial choices and money: producing data-driven stories takes time and resources most newsrooms — even subscription-based ones — prefer to spend in a supposedly more efficient way, and they prefer reusing data-driven stories that are already available and produced by third parties.

No wonder then that, when the European Union issued in 2016 a call for project proposal aiming to subsidise data-driven reporting on European affairs, many media based in Brussels or or observing it were ready to go through the sometimes painstaking process of filling out an EU application.

The timing was almost perfect: British voters had just chosen by a tiny margin to leave the EU after a campaign which dramatically revealed the consequences of disinformation on a mostly ill-informed public, and “fake news” had become one of the trending expressions of 2016. Data journalism and the scientific method it implies would be the way to reach factual truth at a time when the very concept of facts and truth was being challenged.

Being non-profit media organisations with a pan-European outlook, multi-lingual approach and general public-orientation, VoxEurop and Osservatorio Balcani e Caucaso Transeuropa (OBCT) immediately agreed it was a unique opportunity to bring data journalism on European news to the public – beyond the so-called Brussels bubble of EU pundits and stakeholders. We also decided to implement our common views on collaborative and transparent journalism, media networks and on fostering a European public space.

VoxEurop aims to be a platform for fostering debate on the issues that matter to Europeans through producing, translating and sharing content among partner media outlets. Meanwhile, OBCT is a news outlet and a think tank focusing on South East Europe thanks to a broad network of local correspondents. Both are strongly committed to quality journalism, media freedom and upholding human rights, and have a strong reputation and a committed community within their respective niche.

We reached out to our closest partners to bring them into the project proposal we planned to submit, along with those organisations we believed were the smartest and among the more qualified around (and with many of whom we had personal connexions) to build up a “dream team” for the best possible outcome. The collaborative, comparative and pan-European approach and the planning for a long-lasting co-operation was critical in having them joining what already was called the European Data Journalism Network, aka EDJNet. French magazine Alternatives économiques, data journalism agencies Journalism++, Journalism Robotics and Local Focus immediately joined as core partners, while soon after came Brussels-based and top-EU news website EUobserver, Italian news magazine Internazionale, Spanish newspaper El Confidencial, BiQdata (Polish daily Gazeta Wyborcza’s data unit), Slovenian investigative journalism outlet Pod črto and Croatian one H-Alter. Spiegel Online’s data unit’s enthusiastic decision to join helped us bringing in other major media organisations, such as France’s most circulated daily Ouest-France, Italy’s AskaNews and Netherlands’ NRC Handelsblad. The Network’s aim in the medium term is to get at least one partner in each EU country, then to further expand within single countries.

One of the biggest challenges we have faced in the project’s first months was bringing journalists and outlets that had never worked together to collaborate over the long term. Collaborative journalism and cooperation among newsrooms does not come out of thin air and, unless there are very high stakes or a specific journalistic project, like for instance the Panama papers or, more recently, the Paradise Papers investigations, it needs a catalyst and a coordinator — and a lot of trust — since no private news organisation is spontaneously willing to allocate resources to such an activity. The EU co-funding helps provide the time and the resources needed, at least in the concept and medium-term phase, where trust is also built. The partners’ reputation is the best guarantee of the Network’s editorial independence.

While progressively building up to full gear, the Network currently produces several types of content, from classical data-driven medium-format reports to short stories, and provides a series of curation tools. All are available for free, although under different licences according to the author. It is addressed at journalists as well as the general public.
In the long run, while we work on a sustainable economic model, the Network members and their journalists will acquire new skills, reach a wider audience thanks to translation and reuse, and benefit from being part of a pan-European network, paving the way for more cross-border collaboration. If we’re clever enough to attract them, users across Europe and hopefully beyond will have access to more quality and accessible news on topics regarded as complex or distant — and maybe they will have a better and different view on this old continent of ours. There’s a big challenge ahead; it’s definitely worth giving it a try.