Ideas Call to the EU 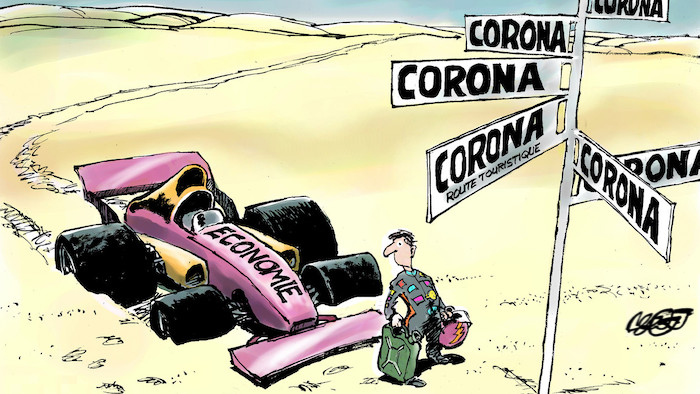 Ideas Call to the EU

‘Why we need coronabonds to help EU states face the crisis’

In an appeal published by Die Zeit and Le Monde, several German personalities including political scientist Ulrike Guérot and philosopher Jürgen Habermas are calling for the creation of a European "corona fund". The fund would help European countries struggling to respond to the Covid-19 pandemic.

In recent days Italy and Spain have recorded several thousand deaths, including 800 on 31 March in these two countries alone. This news is not coming from another planet or a distant continent, but from our neighbours, countries nextdoor to us. We, the authors of this text, count ourselves among those who love Mediterranean culture. But you do not need to share this love to be distressed by the havoc that the coronavirus has already wrought in Italy and Spain.

Across Europe the pandemic has given rise to impressive stories of mutual help and solidarity. Thousands of young people are volunteering to help elderly people living alone in their flats; Saxony is taking in Italian patients stricken by the virus; Saarland and other German states are providing care for French patients, as is the federal German state. A new climate is being created, in which everyone is trying to help, to empathise with and galvanize others.

But on the decisive issue, the countries of the north remain unforthcoming towards their kin in the south. They categorically reject the idea of creating a fund, guaranteed by all the states of the European Union, which would allow the crushing financial burden of the crisis to be assumed collectively. The current shock will heavily affect all EU countries. Such a fund would prevent the shock from being fatal to those states which were already struggling with public debt before it hit.

This is why we call on the European Commission to create a "corona fund" which would be able to borrow on the international financial markets on a very long-term basis and then transfer the resources to the EU member states. Such a mechanism would prevent individual states from getting into even deeper debt. The fund would have the wherewithal, using the EU budget, to pay the interest on its loans.

The "coronabonds" that we are calling for should not be modelled on the "eurobonds" proposed in response to the euro crisis in 2010-2012. The aim then was to provide a common guarantee in order to mop up a large part of the public debt accumulated in the past. The "coronabonds" would instead be used to collectively assume the debts that governments are obliged to contract today, or that they will contract in the coming months.

It is therefore a time-limited measure that would enable Italy and other countries in existential peril to survive politically and economically during the current crisis and the period that follows. The alternative, doing nothing, is tantamount to looking the other way while a fellow citizen faces grave danger.

We do not understand why the Chancellor and Vice-Chancellor of the Federal Republic are so reluctant to take this initiative. European solidarity and stability both demand it.

Solidarity implies a shared understanding of the crisis. So ways must now be found to prove that we really are united and "bound by the same magic”, as our national anthem says. What is the point of the European Union if it cannot show in these times of pandemic that Europeans are closing ranks and standing together for their common future? It is a matter of solidarity, but also of interest. In this crisis, we Europeans are all in the same boat. If the north does not help the south, it not only loses itself, it also loses Europe.