Voxeurop community Freedom of the press 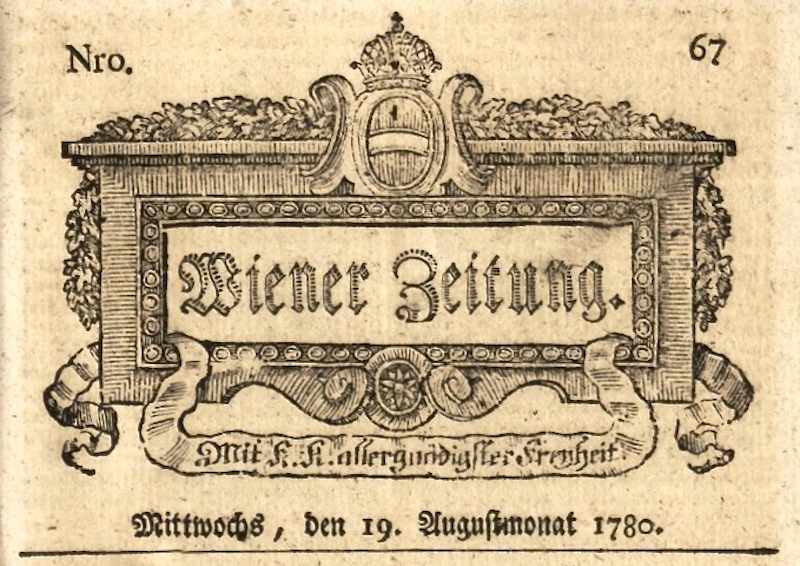 Voxeurop community Freedom of the press

Is the oldest daily newspaper in the world about to close down?

Citing a EU directive, the Austrian government is planning to shut the state-owned daily, founded in 1703. The Association of European Journalists calls for Vienna to change its mind.

Founded in 1703 during the Austrian Habsburg Empire, the Wiener Zeitung is one of only 14 dailies left in Austria, and one of the last remaining quality titles. It has, argue its supporters, a vital place in a “media scene swamped by mass-circulation tabloids.

Mouthpiece of the court in the 18th century, the Wiener Zeitung is now owned by the Republic of Austria and publishes official government and obligatory company announcements in a weekly supplement – including cigar prices, since tobacco remains a state monopoly. Most of its contents in the daily newspaper are high-quality, independent reportage, with regular articles about debates about fundamental issues such as the rule of law.

It also covers events like the annual, world-renowned Alpbach Forum, with its own Internet discussion groups.

The government cites EU Directive (2019/1151) on digital tools in company law as a justification for closing down the paper. But the Austrian Supreme Court has ruled that the Directive by no means requires the printed official gazette be discontinued – the EU itself continues to print its own Official Gazette. Nor would it mean that half the Wiener Zeitung’s turnover of €18m a year would suddenly disappear if official announcements were discontinued.

Closing the Wiener Zeitung would mean the loss of some 100 jobs at an especially difficult time for everyone working in the media, and when Austria has slipped to 18th place in terms of media freedom according to the Reporters Without Borders index.

The Viennese intellectual and professor of journalism Fritz Hausjell argues that the Wiener Zeitung serves as a potential public service, what he calls a “development laboratory”. It is, he argues, well-placed to test how journalism in the modern age can find its audience both digitally and in print. That also benefits other newspapers.

The value of public service media reportage, not least as a counterweight to media concentration, is explicitly set out in the Council of Europe recommendation of 2018 – signed by the Austrian government.

By contrast, in the past year alone the three tabloids, Kronen Zeitung, Österreich, and Heute received 60 million euros in advertising from the government and companies and institutions close to the state.

The Association of European Journalists (AEJ) is calling for rescuing a vital quality newspaper in order to maintain lively and pluralistic media in Austria. The AEJ supports studying and if necessary promoting and funding the Hausjell proposal.