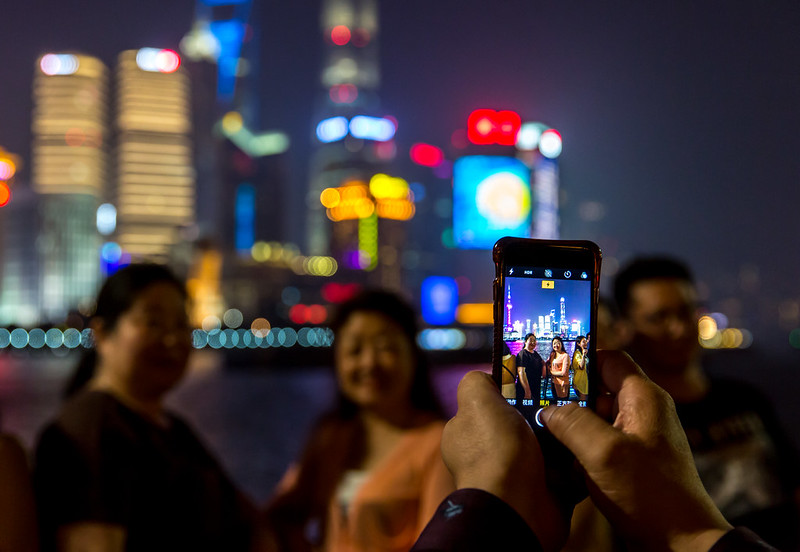 Will the digital revolution tear apart our societies?

The COVID19 crisis has accelerated the digital transition within our societies, exposing a digital divide that risks increasing inequalities. And it is not only a matter of younger VS older generations.

According to an analysis by the Pew Research Center, it is estimated that nowadays about 5 billion people around the globe have a smartphone. The figure is one of the many indicators that show how digitalisation is, in fact, already a reality. Crucially, governments seem to rely ever more on digital devices and the web to inform their populations. But can governments really reach everybody through digital tools?

“There comes a division between people who have access to the latest digital devices and those who haven't, and that's worrying, especially in times that are so depending on good information”, argues Gerrit-Jan van Otterloo, a Member of the Dutch Parliament and of 50+, a political party representing the interests of pensioners in society (full interview in the podcast European Democracy Lab by IED, above). “You can't reach everybody by simply opening a website or having a cloud space or anything like that. You need to have more effort to reach everybody and to let them take part in all the activities in society”.

Yet, the matter reaches beyond ordinary administration. Take the management of COVID19 as a whole or the organisation of school programs from distance. UNCTAD explained how the COVID19 crisis has accelerated the digital transition and exposed gaps between richer and poorer countries.

No country for old men? Not really

In 2019, the Dutch Parliament established a temporary Committee on digitalisation. The Committee released a final report in Spring 2020. In a nutshell, the study says that, within the country, slightly more than 3 million people are not really equipped to get access to the digital society.

But which are the socio-economic categories that are most at risk? Of course, one would be tempted to make a generational issue out of it. So to speak: there are the older generations on the one side, and the digital natives, on the other one. Yet, it is not that straightforward.

There are at least three dimensions that need to be added to the picture: class, health and geography. In other words, if poorer households have a higher chance of lagging behind, so do those who live in rural areas and individuals who suffer from diseases or handicaps.

Eventually, there is a wider problem linked to the transformation of our labour markets. In 2018, the European Parliament issued a study and literature review on the impact of artificial intelligence on the labour market. The analysis concluded that there is an uneven distribution in the costs of digitalisation, because of the skills-biased nature of technological change - so the challenge of the future lies in coping with rising inequality from technological change.

The EU and the digital transition

So how is Europe and, more specifically, the European Commission (EC) managing this transition?

Well, first of all, from a rhetorical point of view, the word “digital” plays a pivotal role in the EC’s communication strategies. Annedoctically, the word “digital” has been cited as many as 19 times by the President of the European Commission, Ursula Von Der Leyen, in her first State of the Union speech, in 2020.

Most importantly, Von Der Leyen connected the topic with the potential results of the so-called NextGenerationEU instrument, the facility to spur Europe’s recovery from the COVID19 crisis. “This is NextGenerationEU. This is shaping the world we want to live in. A world served by an economy that cuts emissions, boosts competitiveness, reduces energy poverty, creates rewarding jobs and improves the quality of life. A world where we use digital technologies to build a healthier, greener society”, Von der Leyen argued.

But what is the EU doing concretely in order to use digital technologies to build a healthier, greener society?

The first instrument put forward by the EC is the EU Digital Strategy, a decade-long strategy that aims at “making the digital transition work for people and businesses while helping to achieve its target of a climate-neutral Europe by 2050”. One of 8 key actions of the strategy focuses on developing “digital skills” across Europe. Specific tools that have been implemented - or will be implemented - are the Digital Skills Agenda and the Digital Education Action Plan. The latter will run from 2021 until 2027 and calls on Member States and stakeholders to work together to ensure a high-quality, inclusive and accessible digital education in Europe.

In light of the big announcements and plans, as a matter of fact, it is paramount that civil society organisations at a national and European level work as a watchdog to assure that words will be followed by deeds.