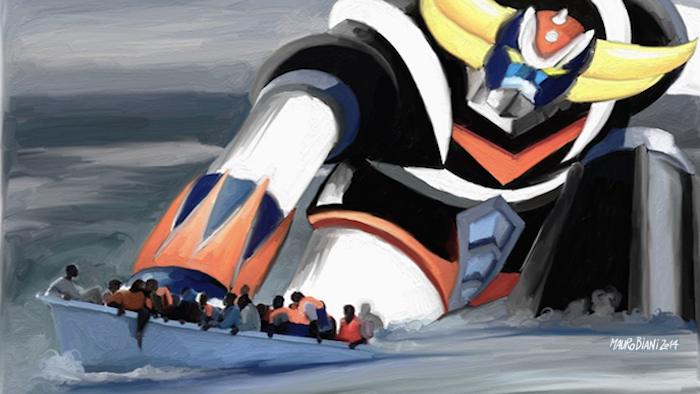 In November, the European Union will launch Triton, a Frontex operation to manage migration in the Mediterranean Sea, at the initiative of the Italian presidency of the EU.

It replaces the military operation Mare Nostrum, which was launched in October 2013 following the deaths of 366 migrants in a shipwreck off the coast of Lampedusa, explains Süddeutsche Zeitung (reproduced in a special supplement on migration in Le Monde). If Mare Nostrum “saved the lives of tens of thousands of migrants,” writes the German daily, it also came with the hefty price tag of €9m per month for Italy, which perceived not only a lack of financial support from its European partners, but also the feeling it was being blamed for having created “a pull factor”.

In consequence, Italian interior minister Angelino Alfonso proposed the creation of a Frontex-financed replacement to monitor borders. Triton also stipulates that Italian ships will no longer approach the Libyan coast to look for shipwrecks, but rather wait for orders to intervene from their own territorial waters.

is sure that the end of Mare Nostrum will reduce the number of traffickers and the number of deaths in the Mediterranean. But pessimistic observers do not see an end to those seeking to cross the sea, and also fear that smugglers will respond in their own way for a withdrawal of lifeboats: by simply sinking boats carrying hundreds of people, as they already did in September.

The supplement also includes an article from El País arguing migrants have suffered from an economic crisis, in which they were portrayed as “a threat to the quality of life and social resources”, when they actually present —

an essential source of opportunities to ensure the end of the crisis and for Europe to maintain its dominance on the global stage, which demands, once and for all, a common policy on migration.