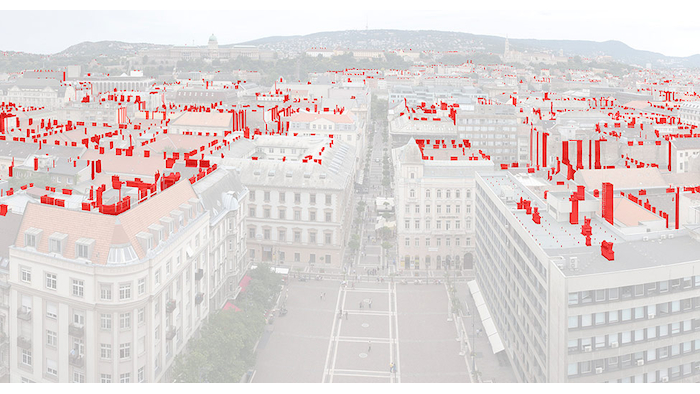 With a little help from our friends

There is absolutely no reason why Hungary should be among the key countries to watch during the coming European elections. Its population is 1.92 percent of Europe’s and its economic contribution to the EU’s GDP is just 0.8 percent. Still, the country punches well above its weight when it comes to influencing political trends.

The only thing lifting Hungary from its marginality is the deadly danger radiating from the former Carmelite Monastery overlooking Budapest. Viktor Orbán recently moved the Prime Minister’s Office there, but not before commissioning a large balcony enabling him to look down over the magnificent if overly patient Danube and the marvelous though mostly meek Parliament.

Within the deceptively puritan white walls of his cabinet, high above the city, Orbán works on reversing history. His grand idea is the Europe of nations of the 19th and early 20th centuries, even though he knows how those jolly times ended. He doesn’t care. He reaches back to such goebbelsian tropes as the Jewish puppeteer pulling the strings, using the devilishly smiling image of a Hungarian-born holocaust survivor with the punchline: “Don’t let Soros have the last laugh!” Anti-semitism and hate-mongering are proven methods, and Orbán has no moral constraints.

Why does the Hungarian electorate put up with this? The answer is threefold. In economic terms the country is enjoying a relatively good decade, and many families are feeling the benefits despite the record-shattering income gap, and mind-boggling stories like the one of Orbán’s childhood friend, the village gas fitter Lőrincz Mészáros, who since 2010 has risen from complete nobody to the 2057th richest person on the planet. Wages are up, unemployment is down, and about half a million mostly young and educated people have moved to other EU countries. Brussels is spending over 4 billion euros a year on Hungary, adding 3 to 4 percent to the county’s Gross National Income. Hungarians employed in the EU send roughly the same amount back home. Without that income, Orbán would be left with no money to spend on subsidies for the middle classes, and his pet projects, mainly building football stadiums.

The second major reason why about half of Hungarians still support the regime is fear. Fear of change, and more particularly fear of another wave of mass migration like the one in 2015. Orbán’s government is for the fifth year waging a ruthless anti-migrant campaign financed with the state’s budget, and the profits are reaped by Orbán’s party in the electoral booths.

Clever, but that’s not all. The hate campaigns, costing Hungarian – and European – taxpayers many millions of euros, are financing Orbán’s other evil creation, the otherwise pretty much stillborn right wing media empire he uses to dump dirt on anyone crossing his path. Besides occupying, centralizing and censoring the former public media, he has brought almost 500 privately owned right wing media outlets under the roof of a so called foundation. With just a few remaining exceptions, the centrally edited news is belched out by all the TV and radio stations.

Picture a village pub where people are drinking beer and watching football - be it the World Cup, the Champions’ League or the national championship. At half-time there will be a one minute news program consisting of four fifteen second segments: the first about a Muslim migrant who stabbed a teenage girl in France, the second showing thousands of migrants in a camp somewhere in the Balkans waiting for their chance to move on to Europe, the third depicting bureaucrats in Brussels who are partnering with George Soros to resettle millions of evil-looking non-white people in Europe, and the last segment showing Hungary, where there is peace and prosperity and a cabinet minister is cutting the ribbon in front of a new slaughterhouse or – even better – a renovated church. Wouldn’t you vote for Orbán yourself?

Add to all this the distorted electoral rules favoring the leader’s party, nine years of shamelessly channeling public funds to a close circle of family and friends, and the endless manipulations aimed at sowing discord among opposition parties. What you get is a seemingly hopeless situation in a country well known for the pessimistic attitude of its inhabitants.

Well, think twice. Hungarians will cast two votes this year: one in the European elections, and then later in the municipal elections. The opposition parties may run separately in May, but show signs of reasonable coordination for autumn. European voters can help them by supporting a stronger community based not just on prosperity but also on values and principles. Then Hungary can, so to speak, try to pull itself out of the swamp by its own hair.

But there is one more way Europe could help: By sending election observers. The guy is a cheater.