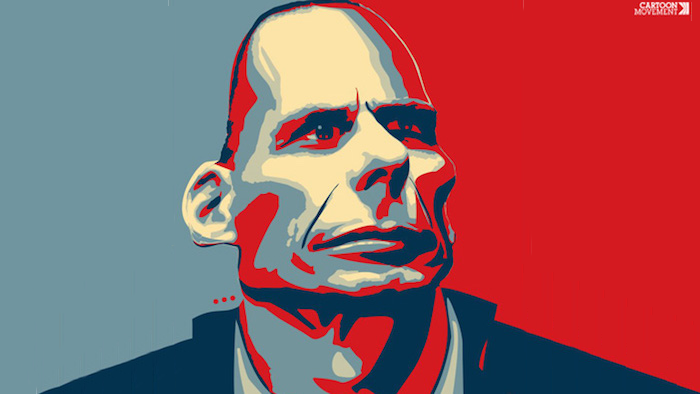 Yanis Varoufákis launches his campaign to ‘save the Union’

Derided by some, worshiped by others, Greece’s former Finance Minister has placed his hopes on the emergence of a new democratic movement in Europe. Although joined by the old guard and the rising stars of the European left, Varoufákis still has to make the movement work in practice.

“Europe’s political elite – Angela Merkel, Jean-Claude Juncker, Mario Draghi, Jeroen Dijsselbloem and their entourage – ‘are destroying Europe’. Their policies first led to economic decline, then took an authoritarian turn, before finally prompting a return to nationalism.” This was the mood that announced the start of DiEM 25, Democracy in Europe 2025, on 9 February in Berlin. This pan-European movement is the vessel for Yanis Varoufákis, former Greek Finance Minister, “and a good dozen prominent supporters to fight against the disintegration of the European Union,” Harald Schumann reports in Der Tagesspiegel, a German daily.

The movement has set out to “mobilise citizens around a radical democratisation of European institutions and to ‘give Europe back to the demos, the people,’” Schumann writes. It aims to stop the “’retreat to the cocoon of the nation-state’” which “offers no solution, but will only ‘bring to power populists and fascists.’”

In the movement’s manifesto, Varoufákis “places his hopes on a deep-rooted democratisation of the EU’s decision-making bodies, through a process that will open up EU institutions to citizens and, eventually, lead to the election of a constituent assembly,” Der Tagesspiegel notes. The paper cautions however that these ideas are still under discussion, while “the central questions have not even been mentioned.” Responsibility for the EU’s current crisis is almost entirely placed on “’European economic policies based on austerity’, that is, on the steady reduction in public expenditure that has had such a drastic impact on most EU countries and is pushing ever more citizens to oppose European institutions,” the paper observes.

To tackle this type of politics, DiEM25 has drawn inspiration from Spain’s citizen opposition movements, and Varoufákis “is counting on his personal charisma and on the enthusiasm of his fans. ‘Yes it’s utopian,’ he concedes, but it would be ‘even more utopian’ to think that ‘things can continue as they are in the EU.’”