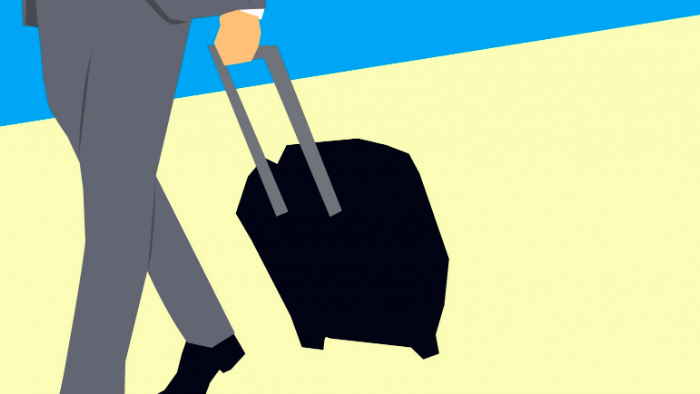 Those of us who reside in another member state live more ‘European’ lives than anyone. Yet we feel disenfranchised.

If we were a country, we would be more populous than the Netherlands or Belgium and only slightly smaller than Romania. As such, we would be entitled to elect up to 26 members of the European parliament next month. In reality, though, we aren’t a country and have no real political representatives.

Who are we? We’re the 17 million EU citizens who live in another member state of the union (including the 3.7 million living in the UK). In the last decade we have doubled in number and today represent 4 percent of the EU working-age population. This may seem small in comparison with the US, where 41 percent of its citizens live in a state other than the one of their birth – but it is still an unprecedented figure in the history of the continent.

It reflects a growing yet unnoticed Europeanisation of our societies, further accelerated by job precarity and the fallout of the financial crisis. In addition, at least 2 million citizens commute daily across borders, and hundreds of thousands of seasonal workers move across the continent to take up low-wage jobs. Together we comprise 20 million EU citizens spread across the continent.

This geographical dispersal, engendered by decades of free movement and open borders, renders our count imperfect. Many of us don’t bother to register when changing residence and often live in an administrative limbo between countries. There’s an inherent byzantine complexity in this Europe-in-the-making. Examples range from the Romanian Uber driver in Belgium with a Spanish driving licence to the Greek doctor with an Italian university degree living in Germany, or the Bulgarian seasonal fruit picker in the UK married to a Moldovan.

The collective imagination portrays us as a European elite, the happy few who, perhaps having benefited from the Erasmus study programme, criss-cross the continent in search of self-improvement. It’s the sort of belief that led Theresa May to suggest that the 3.7 million EU expats living in the UK were people jumping the queue. Yet a look at the actual data reveals a clearer picture.

We – the 17 million EU “mobile” citizens – come from all 28 member states, with more Romanians than Germans choosing to emigrate elsewhere in Europe. We tend to have a higher employment rate than those people residing in the country of their nationality.

It’s true we are slightly more likely to hold a university degree than those who haven’t left their country of origin, although this varies significantly from one country to the next: 62.5 percent for French and 16.1 percent for Portuguese citizens abroad. Yet the same also holds for those at the other end of the skills spectrum: low-skilled citizens are just as likely to reside abroad as graduates (they represent 21.9 percent of the total EU population, but 24.1 percent of its mobile citizens).

On average, we mobile EU citizens find it easier to get a job in another EU country than in our country of origin, regardless of our skills. This likelihood is even greater in the case of female workers.

To sum up, we are much more diverse than we’re generally portrayed as being. While we are not yet a self-aware, established community, we contribute a huge amount, both economically and socially to the regions where we live, as well as to those we come from. Yet we are deprived of the right to political representation in our new country of residence, with one exception: we can vote in local elections.

This reveals an awkward truth. Those citizens whose lives are arguably the most “European” are the least politically represented in Europe. There are a number of reasons for this.

First, to exercise our right to vote in the EU parliament we are expected to register but are given very little time to do so. For an Italian such as me resident in Spain, it is already too late to vote in next month’s EU elections. Time bars me from voting in Bilbao, where I live, Turin, where I come from, or Paris, where I work.

National authorities are often negligent in informing us about our rights and ensuring we can access them. (Not least the UK, where many mobile EU citizens say they have had difficulty finding out how they might be able to vote in the European elections.)

Second, we find ourselves confronted with a failure of representation. For all the talk of a pan-European debate, elections to the EU parliament tend to be a collection of national electoral competitions in which national parties confront each other on mostly national issues. So how representative can a local candidate – who’s never experienced our brand of mobility – really be for us?

Wherever I may vote, be it in the Spanish Basque region where I live, or in the north of Italy where I come from, there’s little chance my concerns will be picked up on by a candidate. Our record-low turnout shows EU mobile citizens are in effect politically disenfranchised.

This could change, if pan-European political forces emerge. Movements with a political offer for the entire union could give us a voice, and specific representation. But in the meantime, we are almost sidelined. What a paradox. Those who are in effect building Europe from the bottom up, along with their lives and families, simply cannot steer its political future.