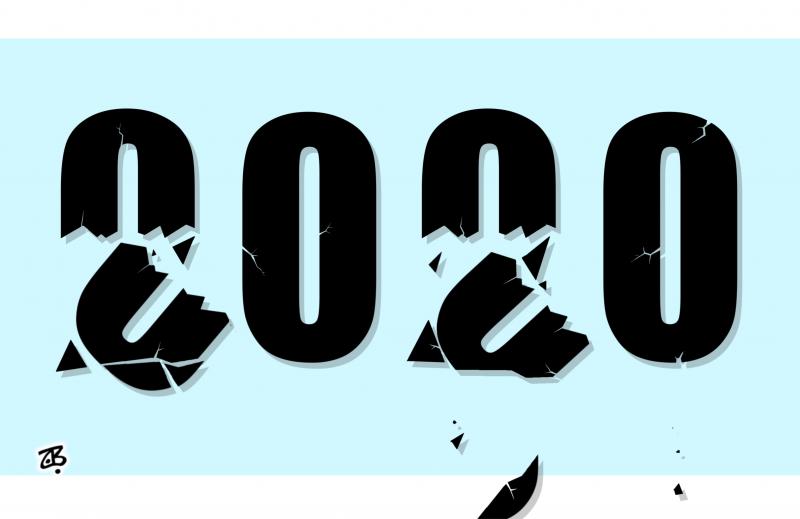 A corona-year (never) to forget

To overcome the challenges posed by the coronavirus and its impact on our societies in 2020, we need to strengthen the density and continuity of social ties, and aim for social revitalisation rather than “economic recovery”, suggests economist Eloi Laurent.

It could be said that the 21st century begun on 7 April 2020, just like the 20th century really started on 28 July 1914 with the outbreak of the First World War. If 7 April 2020 defines history, it is because half of the planet’s governments that day chose to lock-down 4 billion people, giving preference to the health of their populations over the growth of their economies, after having too long neglected the vitality of their ecosystems. The beginning of the 21st century lies in this triptych: life, health, the economy, in that order of priority. The bottom line is that the strength of the biosphere conditions human capacities among which social cooperation, in turn allowing economic activity.

On 7 April 2020, the economy as a social organization and economics as a system of thought were therefore finally put back in their rightful, subordinate place, where they must henceforth remain in order to stop harming human health and life on the planet. Increasing economic growth while degrading ecosystems and therefore, in turn, harming human health, is – to put it simply –a counterproductive and irrational development strategy in the 21st century.

More fundamentally still, this surreal and painful year lies in the tension between two dimensions of human existence: social cooperation and ecological interdependence. It was for lack of having accepted the second that we were deprived of the first. And it is by means of the first that we can fully realize the second.

Let us recall the three main human strategies known to fight pandemics. Dispersion was the collective answer of native Americans in the face of viruses imported from Europe with the conquest, French anthropologist Philippe Descola tells us: to prevent epidemics from becoming pandemics, human groups must prevent the possibility of contagion by keeping their distance from one another. Michel Foucault, for his part, distinguished "the leper's exile" by banishment and "the containment of the plague" by lock-down, aiming respectively at a “purified community” and “disciplined society”. We did all three at the same time in Europe and beyond in 2020 to varying degrees: to “social distancing” was added the confinement of populations and the quarantine of the sick.

Because all of these strategies are about “breaking the chains of transmission”, all three lead to the breaking of social bonds. In a sense, it is exactly the opposite that we will have to do to democratically face the ecological shocks of the years a…