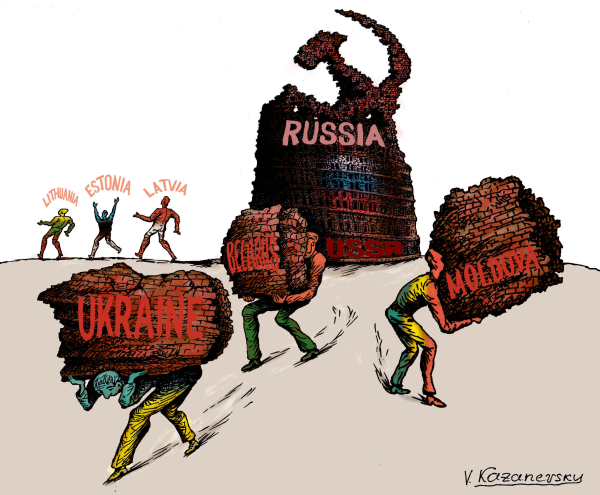 On 24 August, Ukraine celebrated with great fanfare the 30th anniversary of its independence from the former USSR. After the USSR’s breakup in 1991, Europe's other former Soviet republics – Belarus, Moldova, Lithuania, Latvia and Estonia – also regained their independence. But while the Baltic states have joined NATO and the EU, the others are still under varying degrees of influence from Moscow.

More : A thin line between freedom and revolt: Covid-fatigue in Ukraine

Ukraine, now led by Volodymyr Zelensky, is gripped by a conflict in the Russian-speaking east, where separatists (supported by Russia) and Kiev loyalists are facing off. Since 2014 this conflict has claimed more than 13,000 lives. The situation has prevented any rapprochement with NATO – which remains a priority for Zelensky – or with the EU.

In a December 2019 poll (cited by OpenDemocracy), one in five Ukrainians said authoritarianism was better than democracy and a third saw no difference between the two systems.