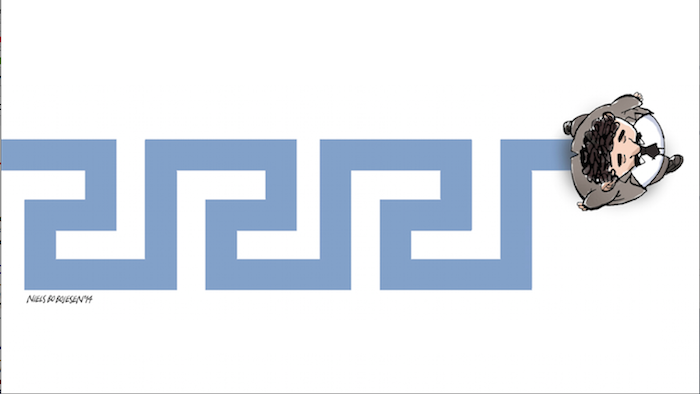 A broad coalition at the end of the vote

Whatever the outcome of 25 January’s snap poll, Greece will end up being ruled by a broad consensus government, if only because it is the only way Athens can deal with its creditors, says I Kathimerini’s executive editor.

We would all like a crystal ball to show us what will happen to the country over the next few months. Some are predicting that the left will finally enjoy a victory after 70 years in the opposition, others see the leftists lasting just a short period of time, while others yet expect the elections of January 25 to bring a massive change in the status quo. Predicting what will happen in Greece has become increasingly difficult since the start of the crisis and no pollster or analyst can claim to know for sure what tomorrow will bring.

If I had to make a prediction, however, I would say that at some point in 2015, Greece will be governed by a broad coalition tasked with saving the nation. I don’t know how we will end up there and I don’t really care which party or politician leads that government. The fact is that it is almost certain, irrespective of the electoral result in January, that some time around March Greece will find itself in big trouble.

I know this idea will displease the fervent supporters of certain political parties who believe there is a conspiracy behind every thwarted attempt by their leader to rule. But the task of governing Greece right now is not only complicated, it is also fraught with risks. The crisis keeps eating away at both political parties and leaders. [[The country will soon be faced with some really tough dilemmas that will require direct and bold answers.]]

Greece may not need a referendum to decide whether it should stay in the eurozone or not; a banking crisis or some other such event may relieve us of having to make such a choice anyway.
The country cannot take much more drama. Its people are exhausted and desperate, and its institutions and those who are meant to serve them have burnt out. Greece will need new major negotiations with its creditors that only a government of broad consensus can handle.

As well as widely accepted, it also needs to be a serious, working government, and any attempt to present a formation that looks better than it acts certainly won’t cut the mustard. We need a government that can take swift decisions and impose them.

As things stand right now, this seems impossible to achieve given the level of political polarization. But the people, who may prove to be wise beyond expectation and demonstrate a strong instinct of survival, may very well impose what appears impossible right now: a national consensus that will ensure no one conducts dangerous experiments on which the country’s fate depends.