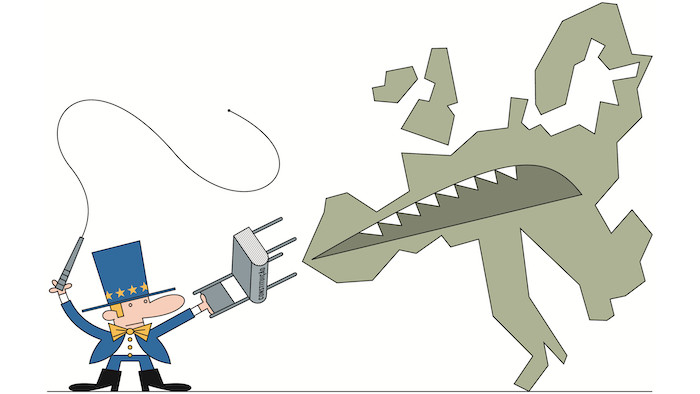 A democratic constitution for the European Union

As the 23-26 May European elections are coming closer, the European Movement in Italy and the Academic Agora Europe network have listed "ten priorities for a united, democratic and supportive Europe, as an instrument of peace in a globalised world" that will be submitted to parties and candidates.

The authors emphasize that this is a contribution "so that the manifesto of the French President Emmanuel Macron to European citizens will be based on an effective and democratic project, method and agenda". It also is a response "to the vision of the secretary of the German Christian Democratic Union, Annegret Kramp-Karrenbauer, who recently proposed to return to the medieval Europe of nation-states, which is irrelevant in a globalized world", a “European alternative of democratically governed shared sovereignty to the anarchy of the ‘Sovereignist International’”.

The countries that first promoted and then shared the European process of integration have helped transform the greater part of Europe from a continent of war to a continent of peace, thanks to the reconciliation between peoples divided by centuries of conflict, to the development of democracy and to the defense of fundamental rights. Thus, the European process of integration has become the only way to govern interdependencies in a globalized world and to offer opportunities otherwise nonexistent within the limited national dimensions.

In order to consolidate and develop the EU's peace role on a global scale and at the same time strengthen its democratic dimension, the European elections of 23-26 May must be the historic occasion to make the transition to a federal system, the only system that would allow the European citizens to regain full sovereignty, defend their interests and contribute to building a fairer and more just international society.

For these reasons we call for a broad electoral participation and submit to the European parties the following ten priorities for the next European legislature: