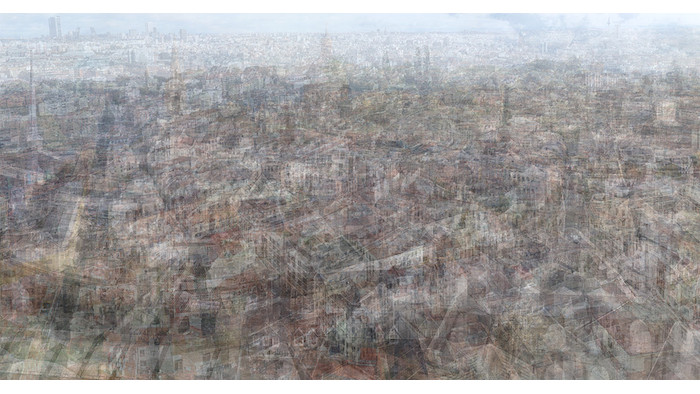 A true European democracy begins with equal rights for all

If we want to turn the single market into a true democracy, we need a common constitution that grants equal rights to all European citizens. This should be the main task of the newly elected European parliament, says political scientist Ulrike Guérot. 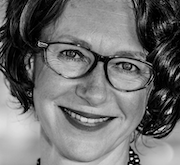 For the current round of European elections, it has been European citizens who have taken the lead: they are out on the streets of Europe, organising demonstrations (such as European May, or #oneEuropeforAll), running roadshows (“European Alternatives”), offering free interrail journeys to young people, writing one manifesto after the other (VoxEurop, EuropaNow!, Civico Europa’s call for a new European renaissance, and many others), creating transnational parties (Volt, DiEM25, European Spring) and making their presence felt at markets across Europe each and every Sunday at 2pm, like PulseofEurope.

Virtual European passports are being distributed online by Austrian rock band Bilderbuch, along with German comedian Jan Böhmermann. There has been an unprecedented popular mobilisation during these European elections, and it seems to be working: 59 percent of Polish citizens intend to go to the ballot box, which would be twice as many who voted in 2014; similarly, 69 percent of Germans say they will vote, which would represent a 20 percent increase in turnout. Never has the European Commission spent so much time and money on communication and events to discuss the benefits that the EU brings, and challenges it faces.

And not just the Commission: foundations, parties, municipalities, academies, trade unions, institutes, all have organized citizens’ discussions on Europe over the past three months. Tellingly, Emmanuel Macron, publishing his proposal for reforming the EU in 28 journals throughout the EU, did not begin with “Dear Ms. Merkel, Dear Mr. Rutte or Dear Mr. Kurz, let’s do more for European integration”. No, he addressed European citizens directly: Citoyennes et Citoyens Européens…

The return, or better – the late recognition - of the crucial role of European citizens in the European endeavour marks a welcome turn of events: citizens, not states, are the sovereign of any truly democratic system.

These elections represent a paradigm shift: while the United States of Europe concerns the integration of nation-states, the focus on European citizens concerns European democracy itself. The difference is remarkable: it puts the European project within the reach of all citizens. Recall Jean Monnet’s famous words: Europe is not about integrating states, but about uniting people. This is where we are in the Europe of 2019 – while it is attacked by identitarian, populist or nationalist forces, ever more European citizens are rising to defend Europe.

This is why a dialectical reading of the data is necessary. The Guardian reported recently that a majority of European citizens are convinced that the EU will not be around in 2040. According to ECFR and You.Gov, only 24 percent of Europeans think the EU is fine in its existing form. 62 percent say that both the EU and their national democracy are failing. However, according to no such studies do citizens say that they don’t feel European, or that they don’t want “more” Europe, nor even a different one. Antipathy towards the current EU does not equal the negation of Europe! It just means that most Europeans want a different, more social and democratic Europe. On a scale from 0 (bad) to 10 (good), the majority of Europeans rank the EU at around 5: too good to leave, too bad to be satisfied with. So, the real question is how to get the EU’s satisfaction rating from 5 to 10.

My suggestion is this: take European citizens seriously, trust the “Europeanness” of the many, strive for the full parliamentarisation of the European political system and, finally, do justice to the concept of “citizen”. “Citizen” and “citizenship” mean more than just belonging in Europe, appreciating other European cultures and sharing the same broad values. Being a citizen means, above all, having the same rights. If the notions of “European citizen” and “European citizenship” are taken seriously, thinking the future of Europe with citizens at the centre must lead to the demand for a new constitutional process. In the words of Alexander Hamilton, without a constitution, “everything is nothing”.

What we should be imagining is a European democracy where the following principles apply: the citizens are the sovereigns of the political system; they are all equal before the law; the Parliament has a deciding role, and there is a separation of powers. Any democracy has the necessary (though not sufficient) condition that all citizens are equal in terms of voting, taxation and social access. Classically, “one person, one vote” is the key requirement for a democracy and the composition of a single electoral body. General, secret, direct and equal elections therefore constitute, in the words of French sociologist Pierre Rosanvallon, “Le Sacre du Citoyen” – the “sacred rite” of citizens. Applying the basic principle of equality to all Europeans would embed the European single market and currency in a common European democracy. This would represent a quantum leap from a purely internal market and currency towards European political unity, which was the intention of the project’s founders. It must be noted here that the concept of citizenship is independent from identity and culture: legal equality does not require or constitute a central state. Full-fledged European citizenship would not cancel out anyone’s identity.

If the EU survives Brexit, and if it is ready to take a lesson from this mess, that lesson should be: get to work on a European constitution, which we failed to vote for in 2003. This time round, however, we must decide on this European constitution as citizens – all 500 million of us. Embarking on such a process would be the most noble and most important undertaking of the next European parliament.