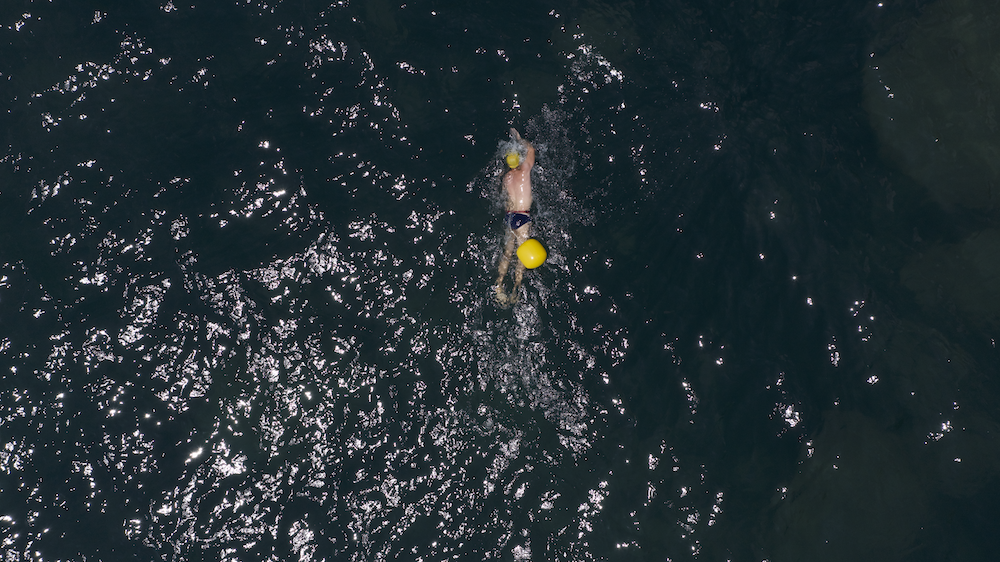 From an island of exile, a message for a more united Europe

The island where the founding fathers of European integration, Altiero Spinelli and Ernesto Rossi, were sent into exile, was once again the setting for this year's Natalonga for Europe, in memory of the Federalist Manifesto, and an unusual initiative to bring the debate on the future of the continent to the citizens, of which Voxeurop is a part.

Ventotene – For all those interested in building a united Europe, the name Ventotene evokes the European Federalist Manifesto written by Altiero Spinelli and Ernesto Rossi from the confinement to which Mussolini’s fascist regime had condemned them on the island off Naples.

This year marks the 80th anniversary of the writing of the Manifesto, which was clandestinely exfiltrated from Ventotene and published in 1944 by Eugenio Colorni, another opponent to the Duce. To mark the occasion, several pro-European civic associations – including EuropaNow!, ACMOS and Benvenuti in Italia – have organised on 17 July a special edition of the Natalonga for Europe, the sporting event that symbolically links the island of Santo Stefano, where a 18th century prison is located, to the beach of Calanave, in Ventotene. The aim of the event, now in its third year, is to reaffirm the founding values of the Union and claim a Europe based on equal rights.

Seventy swimmers, including some Italian and local champions and Altiero Spinelli's great-grandniece Aria, embarked for Santo Stefano at the end of the morning. They covered the 1,700 metres separating them from the volcanic sandy beach of Calaneve in a mild sea, escorted by volunteers in canoes. They were greeted on arrival by organisers, authorities and tourists.

This year's Natalonga has a special character, as it coincides with the Conference on the Future of Europe, the consultation launched in May to reflect and discuss the European Union of tomorrow.  Eric Jozsef, co-founder of EuropaNow!, said that "the dark months of the pandemic have reminded us that Europe is a critical endeavour. However, we still have to fulfil the dream of the founding fathers, overcoming the resistance of the nation states, in order to create a Union that is even stronger and closer to the citizens".

"We need to tell everyone, especially the young, about what happened in the 1900s, who those people exiled to Ventotene were and why they were sent there. Memory is the most important thing, because if we do everything we can to forget what we did, then everything can start again exactly as it was before," said Hungarian-Italian writer Edith Bruck, who won the Strega Youth Prize in 2021 for her novel Il pane perduto (“The Lost Bread”) and was the patroness of the event.

The island has thus been "invaded" over the past few days by the cheerful group of participants, recognisable by their grey T-shirts with the Conference hashtag #CoFoE or that of the #Natalonga.

The Natalonga was also the occasion for the presentation to the public of the EuReCa project -– European Republican Cafés – a network of cafés that will be places of debate on the future of the Union, with the aim of paving the way for a Republic of Europe. In addition to the three associations promoting Natalonga, the project is also led by Voxeurop and our partners European Democracy Lab in Berlin and New Europeans in London.

In the coming months, Voxeurop will organise together with them meetings with readers and citizens to exchange opinions, ideas and proposals on the united, solidarity and democratic Europe that we also hope for. At the end of the event, on Sunday 18th, a hot air balloon – another speciality of the island – was launched into the air in the colours of EuropaNow!, as a wish that the message of the Founding Fathers of the United Europe may travel high and far.