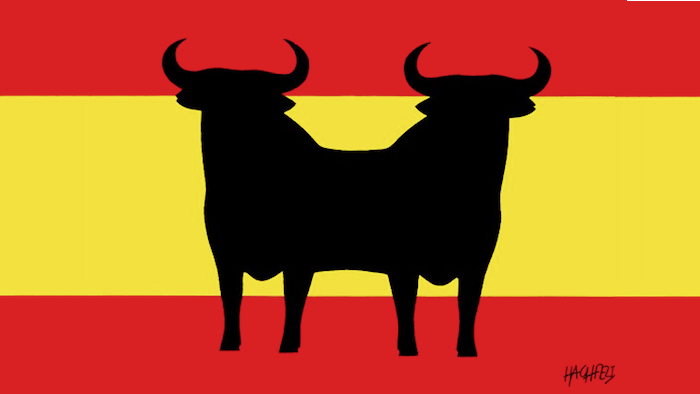 A victory for ideology and fear over uncertainty

In the second set of general elections in Spain, voters have responded to two factors, argues the chief editor of Ahora Semanal.

The result of the second set of general elections in Spain, held on 26 June after the failure to form a government between the main victors of the first set of elections, does not seem to leave any room for doubt, argues Ramón González-Ferriz, editor-in-chief of the weekly newspaper Ahora Semanal: “It is ideology” that has prompted the boost in support for President Mariano Rajoy’s ruling Popular Party, which came first in the elections. Despite “all his obvious weaknesses,” Rajoy has shown himself to be “an enormously talented strategist”:

The PP’s strategy during the campaign to seek maximum polarisation has served it well. The party has increased its seats and is now the clear winner, with an increased gap from the PSOE, the second largest party. Thanks to its effective message of fear, the PP has succeeded in clawing back support. It is possible that Brexit – and the search for certainty following the ensuing chaos – may also have helped. But, above all, it seems the key element was the almost religious faithfulness of its voters. Fear of a left-wing government headed by Podemos was enough.

The percentage of votes reaped by the conservatives (33 percent) does not, however, allow them to form a majority government alone this time round, and new negotiations are now underway to establish coalitions, either with the liberal Ciudadanos (15 percent) or even with the Socialists (22 percent). Without an agreement, a new election will have to be called. But these elections, González-Ferriz continues, have been revealing in two ways:

The first lesson to draw from these elections is that Rajoy’s voter share is iron-cast. But the second is that the ceiling for Podemos is much closer to where is was in the 2015 elections. While this is no mean feat for such a new party, it dispells for the moment the fear held some in the left and probably all of the right over the last few months: the fear that Podemos could not only overtake the PSOE as the largest left-wing party but also that it could form a government and develop a political agenda inspired to some extent by bolivarism, its ideological roots that have now been wiped from Podemos’ manifesto if not from its rhetoric. No: there is no danger of Venezuelisation in Spain. Both lessons can be explained as the result of the continued importance of the left-right ideological axis. The preferences of conservative voters continue to be basically ideological, and not a rejection of corruption or a punishment of Rajoy’s lack of charisma. And Podemos is limited by a significant but restricted number of voters, because its ideology – despite some changes – continues to provoke discomfort, even from the majority of the left.