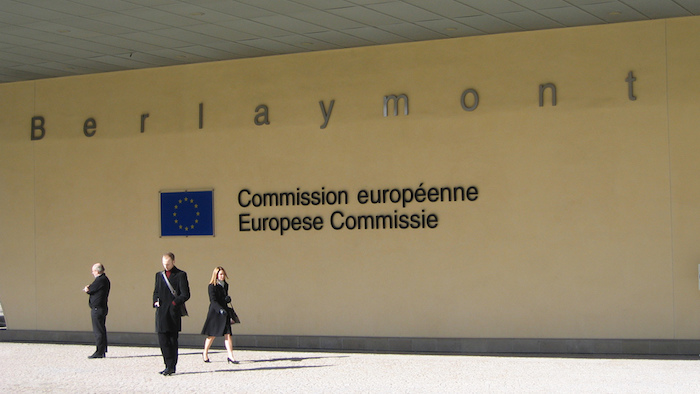 From his office at the European Commission’s headquarters in Brussels, Joachim Balke has had endless email exchanges with E.ON, a world leading energy group and top power provider in the UK and across Europe.

M. Balke was an adviser to E.ON between 2004 and 2008 and is currently member of the cabinet of Miguel Arias Cañete, the EU’s Climate and Energy Commissioner. The fact that he is so obsessively in touch with a climate-unfriendly corporate lobby, which happens to be his former employer, does not sound strange to the EU establishment.

Nor is it seen as more than coincidence that, together with the oil giant BP, the German giant E.ON has had the most contact with Cañete’s office since the new Commission was appointed at the end of 2014. Each of the two industry players had no less than 15 encounters with the offices of both Cañete and another key commissioner, Maroš Šefčovič, Vice-President for the Energy Union.

E.ON is a notorious lobbying powerhouse in Brussels, with 11 full time equivalent lobbyists and a declared lobbying spend of between €2,000,000 and €2,249,999.10 It is also a member of numerous trade associations that lobby against effective climate action. And guess who is the favourite cabinet member of E.ON lobbyists? Joachim Balke.

Of the seven encounters that E.ON had with Cañete’s Cabinet, Balke was in five, while in four of them he was the only cabinet member present. E.ON also had four personal encounters with Cañete. It is worth noting that Cañete is himself a former energy baron in Spain where his family has allegedly remained the majority shareholder of the two oil companies he was involved with.

Such a controversial closeness with Europe’s top climate policy decision-makers enjoyed by big energy and fossil fuel companies has been documented by Corporate Europe Observatory (CEO), a research and campaign NGO working to expose and challenge corporations influence in the EU.

CEO’s recent study “Cooking the planet: Big Energy’s year of privileged access to Europe’s climate commissioners” shows the extent of corporate capture in EU policy-making, examining the close relations between those at the centre of Commission’s climate and energy policy and groups that have an inherent interest in maintaining their fossil fuel business model. The report is based on data analysis of meetings held by Commissioners Miguel Arias Cañete and Maros Šefčovič and their cabinets’ officials in their first year of office.

In addition, freedom of information requests made by CEO reveal that Balke has kept regular correspondence with E.ON representatives during his time at the Commission and that he helps E.ON facilitate access to the cabinet. The first meeting Cañete had with industry as Commissioner was with the CEO of E.ON, Joahnnes Teyssen, then head of the electricity lobby Eurelectric.

Below, email correspondence between Joachim Balke and E.ON revealed by CEO

However, Balke is not the only lobby front-man inside the EU climate decision-making machine. His colleague, Guy Lentz, special adviser on energy issues to Cañete, is a paid board member at ENOVOS, a main energy supplier in Luxembourg, with a presence in Germany, France and Belgium. He is also Luxembourg’s Coordinator for EU and International Energy Affairs.

Cañete’s spokesperson office made a no comment, refusing to explain why Balke and Lentz do not represent examples of conflict of interest according to the Commissioner’s code of conduct or the Commission’s staff regulations. “This says to most people that the rules aren’t worth the paper they’re written on,” Pascoe Sabido, CEO’s Researcher and Campaigner, said. “Until the Commission tightens its rules so these sorts of cases are taken seriously, the public is going to have a hard time taking their climate ambitions seriously.”

Nicole Bockstaller, the Commission’s press officer, generally referred us to the European Code of Good Administrative Behaviour that only includes broad guidelines on the way EU officials should interact with the public, without paying any specific attention to their interactions with lobbyists.

It comes with no surprise, then, that CEO has found that a staggering 80% of lobby meetings with Cañete and Šefčovič and/or their cabinets have been with industry lobbyists. While 74% of the encounters with the energy industry to discuss climate and energy policies were with fossil fuel companies, renewables barely got a look in.
Šefčovič had 34 encounters with dirty energy to only one with the renewables industry. For every meeting with the renewables sector, Cañete had 22 with the fossil fuels industry. Overall, dirty energy companies make up for about 30 per cent of the lobby encounters with these commissioners and their cabinets.

“This data is extremely worrying given the sensitive topics these Commissioners have been in charge of over the past year,” Sabido said in his statement. “Industry-friendly policies on car emissions, Energy Union, the Emissions Trading Scheme, and the upcoming COP21 UN climate negotiations clearly reflect the disturbing level of access to decision-makers enjoyed by dirty energy.”

CEO’s study also reveals how neither Cañete nor Šefčovič are anywhere near meeting Commission President Juncker’s promise for ‘balance and representativeness’ in the stakeholders that commissioners meet. Indeed, on top of securing far fewer encounters with top officials, civil society groups such as NGOs and trade unions were met far more often in larger groups than business groups, who enjoyed more one-to-one contact with the Commission’s highest level officials.