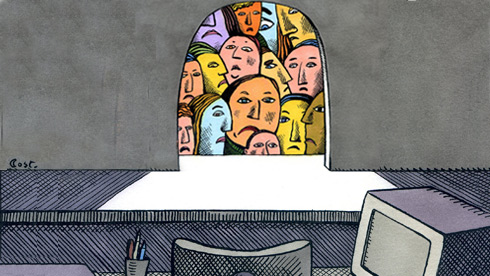 All the work is still yet to be done

A total of €6bn for 6 million unemployed young Europeans. The plan presented by Germany and France is a response to an absolute emergency. But for it to work and give hope to an entire generation, it must be supported by a collective will.

All the participants in the forum on youth employment, organised in Paris by the Berggruen Institute – from the French President François Hollande to his Spanish counterpart Mariano Rajoy, along with former presidents Felipe González and Mario Monti – have insisted on three basic ideas that perfectly define the alarming situation of the European economy. Growth remains stagnant, the situation of the unemployed, especially the youth, is unsustainable, and it is imperative to act now, without delay or excuses.

More than six million young people in Europe are unemployed. Against such a disconsolate reality, which leaves the better prepared generations wracked with frustration, there is a new French and German €6bn programme. With that capital, the European Investment Bank could endorse credits of up to €60bn to subsidise companies that commit to hiring people aged under 25.

Unemployment, and particularly youth unemployment, has unleashed an emergency in the Europe workforce, both from the evident threat to the continent's economic growth, and from the high risk that faltering Eurozone social cohesion will crumble. The gravity of this emergency is one of the main reasons why the European Commission is easing its obsession with austerity, as Hollande stated yesterday.

It is not clear that the direct hiring subsidy is the better formula for promoting youth employment. There are indirect approaches – stimulating investment and consumption, supporting business financing – that should round out the Franco-German programme, and some interesting ideas were presented in Paris.

But the decisive factor at the moment is the urgency. Urgent need to stop the destruction of jobs, to send out the message to society that youth unemployment is inspiring the authorities to do everything they can to stop it.

Confronted by any clear and present problem, almost any option is better than doing nothing. The fatalism that holds that actions to tackle unemployment must keep in line with austerity policies must be abandoned. Pessimism need not be the sole vision possible in this phase of recession, characterised by trimmed budgets and poor initiative among some community institutions.

That is precisely the great virtue of the Paris meeting. It’s a first step, which can crystallise in new pan-European initiatives against unemployment and in favour of growth. It sets a useful precedent and points to a likely path to a solution.

Incidentally, it increases the probability, perhaps the hope, that the paralysis in the European labour market may start to be sorted out in the short term. We must remember, all the same, the Keynesian axiom that opportunities do not create certainties. To ensure the initiative succeeds, even if modestly, it is imperative that companies accept the challenge and the opportunity.

"A bailout plan for the lost generation," headlines Greek daily Ta Nea. Noting that that unemployment rates for those under 24-years old remains at 58 per cent in Greece, at 55.8 per cent in Spain and at 38.2 per cent in Portugal, the paper hails the plan presented by Germany and France.

Access to credit for small and medium-sized firms, which [...] creates the most jobs for young people, the development of workplace experience, and finally encouraging mobility – not only at the national level but throughout Europe. The aim is also to promote apprenticeships, using a new Erasmus-type programme as a mechanism, such as the one existing for students.

young people will be faced with three options: leaving Europe, staying in Europe and going into politics or starting the revolution.