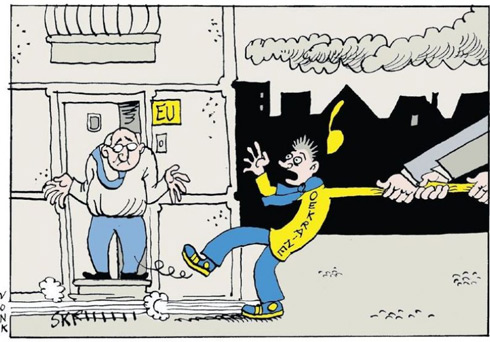 MPs from the ruling Ukrainian Party of Regions issued a call on December 16 for Prime Minister Mykola Azarov to conduct a thorough shake-up of the administration after three weeks of anti-government street protests rocked Kiev.

The demonstrations were triggered by President Viktor Yanukovych's decision not to sign an association agreement with the EU, and have seen hundreds of thousands of pro-Europeans to take to the streets.

A day earlier, the European Union announced it was suspending negotiations over signing the agreement, with EU enlargement chief Stefan Fuele commenting that the words and deeds of Yanukovych and his government on the deal were "further and further apart". The president is now due to go to Moscow on December 17 to meet Russian leader Vladimir Putin.