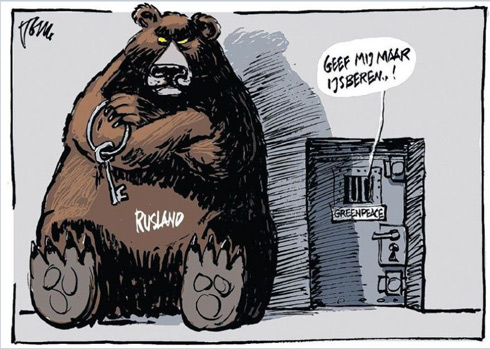 On the bear: Russia

One of the 30 Greenpeace activists arrested by Russian authorities on September 18 and who are being detained in a prison in Murmansk, has written an emotional letter explaining how the environmental campaigners fear they will be left to "rot" in the Russian jail.

The prisoners, 14 of whom are citizens of EU countries, are now being held on charges of "delinquency" after initially being charged with piracy, after they attempted to board a Russian oil platform from their Dutch-flagged ship, the Arctic Sunrise.

You can unsubscribe anytime *
Categories
Europe at largeNetherlandsRussiaEuropean Union