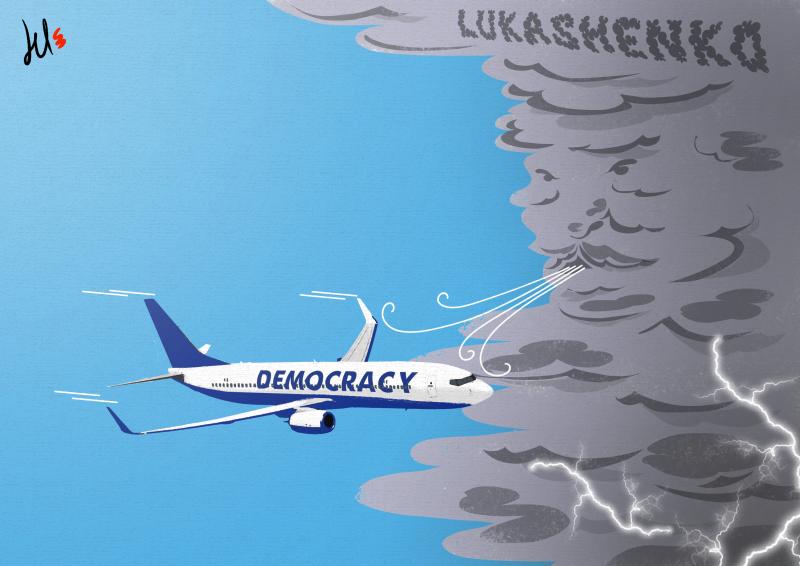 On 23 May the Belarusian authorities intercepted over Belarus a Ryanair plane flying from Athens to Vilnius, and forced it to land in Minsk, claiming that there was a bomb on board. Upon arrival they arrested the Belarusian journalist Roman Protasevich and his partner, Sofia Sapega – and found no bomb. Protasevich, 26, is a blogger and co-founder of Nexta, an online newspaper supporting the opposition.

The diversion, akin to piracy, outraged Europe. During a summit on 25 May in Brussels, EU leaders demanded Protasevich’s release. He was granted refugee status in Lithuania. They also decided to extend the current sanctions against Belarus’ leader, Alexandr Lukashenka, an autocrat who has been in power since 1996, and to ban, among others, flights of the Belarus airline company Belavia from flying over EU territories. Several European airline companies also decided to avoid flying over Belarus.

There are currently 34 journalists detained in Belarus. Reporters Without Borders filed a complaint with the Lithuanian prosecutor-general's office on 25 May. The organisation is asking the prosecutor's office to launch a criminal investigation into “hijacking of an aircraft with criminal intent” against Alexandr Lukashenka and anyone else the investigation may identify.

More : Is there a pathway to freedom and democracy in Belarus?