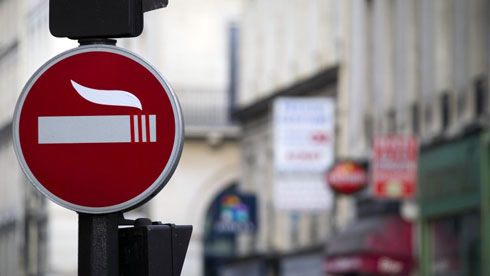 Big Tobacco at home in Brussels

The resignation of Health Commissioner John Dalli last month lifted the lid on the influence of the tobacco industry in the European Commission. That influence has even penetrated OLAF, Europe's anti-fraud office, writes Der Spiegel.

The influence of the tobacco industry in the European Union has raised an increasing number of questions since the resignation of John Dalli, former European Commissioner for Health and Consumer Protection.

Did José Manuel Barroso really force him out? And what role did the European Anti-Fraud Office (OLAF) play in the case? Never before has the tobacco industry had so much influence in Brussels.

In Brussels, every meeting with a representative of the tobacco industry is a test of will – even for occasional smokers. Scarcely had we arrived when a spokesman for Philip Morris (Marlboro, L & M) slipped a packet of cigarettes into our hands. Instead of a brand name, the packaging has a picture of a man with a cancerous tumour in his throat.

“This is defamation,” says the Philip Morris representative before showing us another packet featuring another cancer patient. The European Commission would like to print such images on all cigarette packaging to shock smokers, he protests, before lighting up a cigarette with evident relish.

Journalists are not the only ones to hear complaints from the industry. Tobacco manufacturers have clearly managed to win influence over part of the European Commission. A series of internal documents obtained byDer Spiegel indeed reveals that several people from office of the President of the Commission oppose any strengthening of the tobacco regulations. Even the head of the European Anti-Fraud Office (OLAF) has doubts about the legislation. In that light, Jose Manuel Barroso and the agents of OLAF have therefore played a not insignificant role in the resignation of the European Commissioner for Health a month ago.

“There is no conclusive evidence” against Dalli, the head of OLAF, Giovanni Kessler, admitted before the Committee on Budgetary Control of the European Parliament. But “the circumstances” don't put him in a good light, he insisted. While the President of the European Commission is still refusing to publish the OLAF inquiry, recent documents are reinforcing suspicions that have been circulating the capital for weeks, thatDalli may have fallen victim to a conspiracy.

The former European Commissioner, who used to be a heavy smoker, undeniably wanted to strengthen EU tobacco legislation, and was proposing harsh curbs on the sale and advertising of many products containing nicotine.

The President of the Commission, on the other hand, appeared to be in no hurry to put this idea into effect. Ireland's Catherine Day, Secretary General of the European Commission and as such the most powerful woman in Brussels, repeatedly saw to it personally that brakes were put on the procedure.

On July 25, Day, who had been Barroso's closest ally for the last seven years, sent Paola Testori Coggi, the head of SANCO (Directorate General for Health and Consumers) a two-page letter that could easily have been sent by a tobacco industry representative.

In it she expressed “serious doubts” about the directive. She criticised the “general prohibition of smokeless tobacco products,” questioned “the treatment of products containing nicotine” and expressed reservations about “the provisions for the sale of cigarettes.”

On September 23, Day sent a second letter to Paola Testori Coggi. She demanded that the directive not be presented before the Summit of Heads of State and European Governments scheduled for mid-October. Certain details, she wrote, could still be modified, and no controversy should be stirred up before the summit.

The Director General of SANCO could not understand why, as the details of the Dalli proposal had been public for some time – and had sown panic in the tobacco industry. The goal was to move onto the next stage as quickly as possible to get the proposal adopted by the Commission before the end of the year.

Today, one thing is sure: John Dalli's resignation has set back the draft directive, and the reality is that it is highly unlikely to be adopted before the end of the mandate of the current Commission in 2014.

The Committee on Budgetary Control of Parliament will indeed have to shed some light on the role of the President of the Commission and OLAF before that date. The head of the budget control committee, Michael Theurer, therefore finds it “unacceptable” that Jose Manuel Barroso is keeping the OLAF report confidential, preventing any effective democratic control. A special commission of inquiry may have to look into the matter.

Many of the questions circle OLAF. Europe's anti-fraud office and the tobacco industry are closely linked, Kessler,acknowledged before a board of inquiry set up by the Italian parliament this summer. Agreements exist between the European Commission and companies such as Philip Morris and British American Tobacco, and OLAF uses information provided to it by the industry in the fight against smuggling and counterfeiting.

The multinationals also finance the work of investigators and pay in close to €2 billion to the European Union. This collaboration is undoubtedly a success: in one operation, OLAF seized 70 million contraband cigarettes and arrested 35 suspects.

But does this collaboration not bring the investigators a little too close to the industry? Are there not discussions going on at the same time and calling for a little more leeway in the tobacco regulations?

Many MEPs no longer believe in coincidence when they hear Kessler echo the tobacco multinationals. This shadowy affair stretches far beyond the strange resignation of a European Health Commissioner. Today, the credibility of the entire European Commission is at stake. Its president must now respond swiftly and clearly to questions from MEPs. If not, the Dalli Affair could quickly turn into the Barroso Affair.