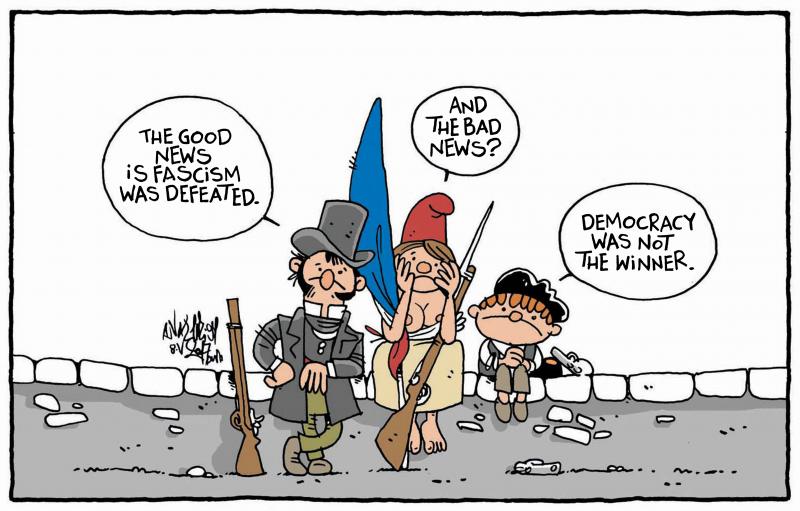 The period between the first and second rounds of the French presidential election was marked by fears of a far-right victory and calls for a united democratic front. In the end, president Emmanuel Macron (La République en marche, centre-right) was re-elected for a second term on 24 April with 58.54 percent of the votes, leaving his opponent Marine Le Pen (Rassemblement National, far right) with "only" 41.46 percent. While these results reassured some, for others they left a bitter aftertaste.

Besides the high (though predictable) abstention rate of 28.01 percent, the election also saw the French far right receive their highest score of all time, confirming the rise of Marine Le Pen's populist party despite competition from political newcomer Eric Zemmour (Reconquest!, far right). In the last 20 years, the French far right has gone from 16.86 percent in the second round to over 40 percent. The Republican front, on the other hand, is only getting weaker.

Emmanuel Macron, elected "by default" and relatively unpopular, now faces the unenviable task of defending a controversial platform and uniting a deeply divided French population. The legislative elections of 12 and 19 June will be the next electoral battle, and the race is likely to be much closer than in 2017. Ultimately, it is French democracy itself that should face scrutiny, given the likelihood of a similar match in 2027, and a very different outcome.