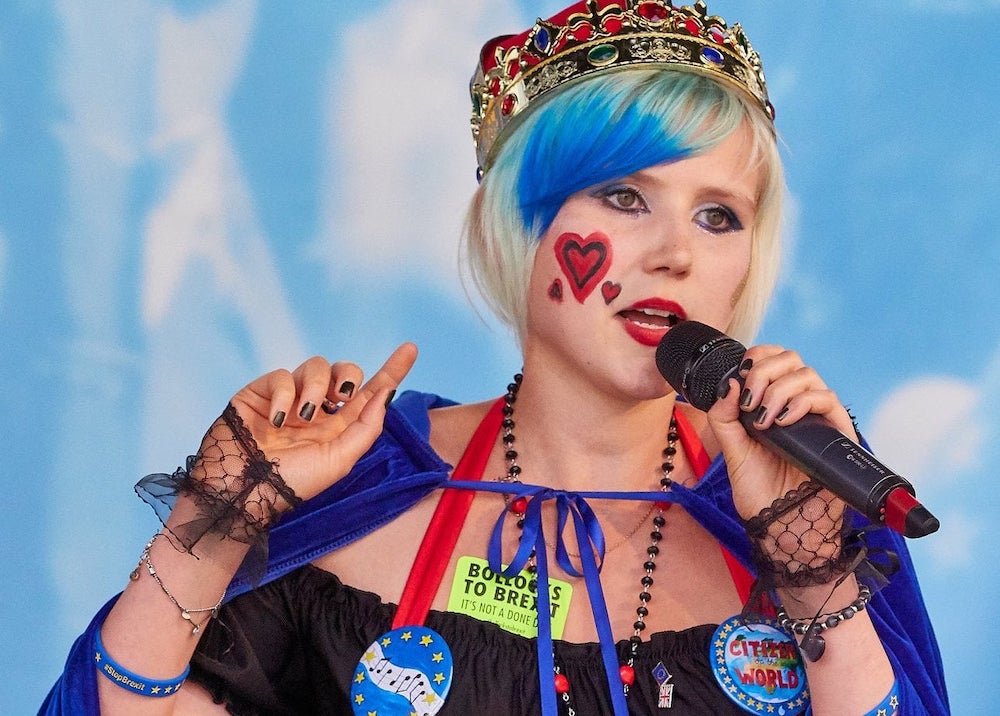 ‘Brexit and Covid-19 left me feeling trapped on this island’

A pro-European activist, British performer Madeleina Kay – AKA EU-Supergirl – tells how she feels equally horrified and concerned watching the UK government’s handling of the Covid-19 pandemic and concurrent Brexit negotiations. Having campaigned tirelessly against the deeply damaging Brexit vote, she is left powerless, trapped, and deeply worried for the future of her country.

After three and a half years of political deadlock, drama and chaos in the UK, Brexit was finally “delivered” on 31st January 2020. Boris Johnson only won 43.6% the popular vote, but under the UK’s First Past the Post electoral system, that was sufficient to give him a landslide victory, allowing him to pass his Brexit deal and “Get Brexit Done”.

This slogan, fastidiously devised by Johnson’s astute political advisors, helped him to win the votes of Brits fed up and frustrated by the never-ending tedium of Brexit. But the greatest con of this electoral promise, is that one year later, Brexit is still far from over and the true impacts will only begin to be felt after 31st December, when the transition period ends. Many of those people who unwittingly voted for Brexit will not truly understand the ramifications of leaving the EU until they personally experience the unnecessary bureaucratic complications and financial costs.

As a young person, who voted to Remain, alike with 80% of my age group, it’s not just the financial, social, political and environmental costs of leaving the EU which concern me, but also the opportunities lost; Funding and freedoms which were afforded to older Brits who have voted to take those rights and privileges away from younger generations.

ERASMUS+ is the EU’s most popular programme; I have observed this myself, when sharing my ’24 Reasons to Remain poster’, the reason which attracts the most “likes” is ERASMUS+, with many of my followers commenting to share personal stories of developmental…