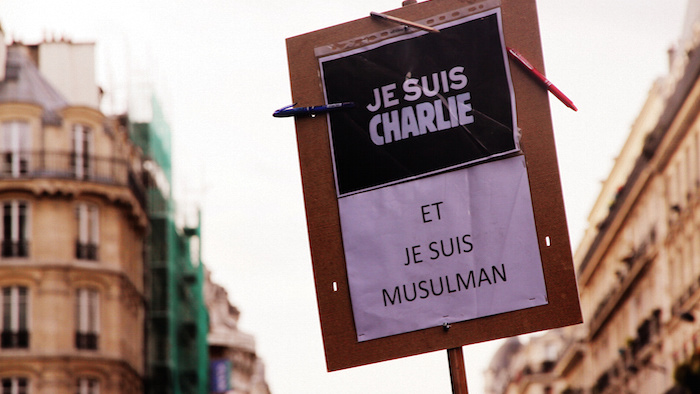 The deadly attacks on French satirical magazine Charlie Hebdo should elicit condemnation of the acts and solidarity with the victims, but should above all be “the right moment to gather the courage to think”, writes Slovenian philosopher Slavoj Žižek in New Statesman.

Žižek argues the event “followed a precise religious and political agenda and was as such clearly part of a much larger pattern”: an ideological model opposing Western defenders of free expression and secular values to Islamist fundamentalists looking to safeguard their cultural identity from the “onslaught of global consumerist civilization”. But such a vision of the attackers is a false one —

What [Islamist fundamentalists] obviously lack is a feature that is easy to discern in all authentic fundamentalists, from Tibetan Buddhists to the Amish in the US: the absence of resentment and envy, the deep indifference towards the non-believers’ way of life. […] The problem with fundamentalists is not that we consider them inferior to us, but, rather, that they themselves secretly consider themselves inferior. This is why our condescending politically correct assurances that we feel no superiority towards them only makes them more furious and feeds their resentment. The problem is not cultural difference (their effort to preserve their identity), but the opposite fact that the fundamentalists are already like us, that, secretly, they have already internalized our standards and measure themselves by them.

This resentment is key to Žižek’s view of fundamentalism as being not a challenge to liberalism’s core values of freedom and equality, but an inevitable result of them. It is “a false, mystifying, reaction” to “a real flaw of liberalism”, which, without the help of a radical, renewed Left, will “slowly undermine itself” –

The recent vicissitudes of Muslim fundamentalism confirm Walter Benjamin's old insight that “every rise of Fascism bears witness to a failed revolution”: the rise of Fascism is the Left’s failure, but simultaneously a proof that there was a revolutionary potential, dissatisfaction, which the Left was not able to mobilize. And does the same not hold for today’s so-called “Islamo-Fascism”? Is the rise of radical Islamism not exactly correlative to the disappearance of the secular Left in Muslim countries?