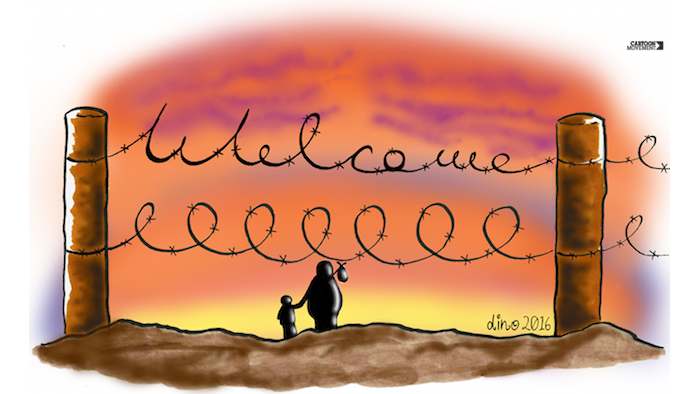 Citizens more open to refugees than their governments

According to a new survey carried by Amnesty International, the vast majority of people would welcome refugees, discrediting many governments’ official position and policy.

The vast majority of people (80 percent) would welcome refugees with open arms, with many even prepared to take them into their own homes, according to a global survey commissioned by Amnesty International.

The new Refugees Welcome Index is based on a global survey of more than 27,000 people carried out by GlobeScan. It ranks 27 countries across all continents based on people’s willingness to let refugees live in their countries, towns, neighbourhoods and homes.

Chinese people appear to be the most welcoming to refugees in the world. The United Kingdom and Germany are close behind. Spain and Greece are also amongst the top ten, with Russia closing the rank.

In Germany, where 1.1 million asylum seekers arrived in 2015, “almost every respondent (96 percent) said they would accept refugees in their country, while only 3 percent said refugees should be refused entry. And 76 percent of German respondents said their government should be doing more to assist refugees”, notes the Guardian.

“Only nine of the 27 countries covered by our survey have committed to taking in any of Syria’s 4.8 million refugees. But they have only agreed to share fewer than 174,000 people between them”, says Amnesty. According to the human rights organisation,

another four countries in our survey – Turkey, Jordan, Greece and Germany – are hosting millions, with very little help from other countries. Because most governments still pretend that protecting refugees is somebody else’s problem. Their attitude is badly out of touch with the inspiring “can do” attitude among their citizens. Our survey shows that politicians have run out of excuses not to do their fair share: Instead of chasing headlines with anti-refugee rhetoric, they should be making brave decisions.

People are ready to make refugees welcome, but governments’ inhumane responses to the refugee crisis are badly out of touch with their own citizens. The Refugees Welcome Index exposes the shameful way governments have played short-term politics with the lives of people fleeing war and repression. Governments cannot allow their response to the refugee crisis to be held hostage by headlines. Too often they use xenophobic anti-refugee rhetoric to chase approval ratings. This survey suggests they are not listening to the silent majority of welcoming citizens who take the refugee crisis personally.

World national leaders and delegates are currently meeting in Istanbul at the UN-convened World Humanitarian Summit, where countries are expected to make committments to resettle more refugees, starting from those fleeing ongoing conflicts in the Middle East. On this occasion, German Chancelor Angela Merkel will meet Turkish president Recep Tayyip Erdoğan to try to salvage the controversial deal signed with the EU on sending back refugees to Turkey.