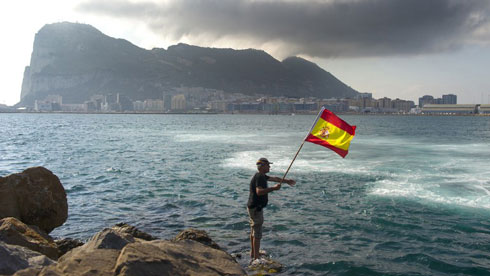 Colonies deny the logic of history

The days of the British Empire are over and holding on to once-strategic territories such as Gibraltar are a relic of the past. Gibraltar’s flourishing success as a tax haven has frustrated its impoverished and crisis-striken neighbour, but its future appears secure.

Nothing beats a gunboat. HMS Illustrious glided out of Portsmouth on August 12, past HMS Victory and cheering crowds of patriots. Within a week it was off Gibraltar, a mere cannon shot from Cape Trafalgar. The nation’s breast heaves, the tears prick. The Olympic spirit is off to singe the king of Spain’s beard.

The British empire had much to be said for it, but it is over – dead, deceased, struck off, no more. The idea of a British warship supposedly menacing Spain is ludicrous. Is it meant to bomb Cadiz? Will its guns lift a rush-hour tailback in a colony that most Britons regard as awash with tax dodgers, drug dealers and right-wing whingers? The Gibraltarians have rights, but why British taxpayers should send warships to enforce them, even if just “on exercise”, is a mystery.

Any study of Britain’s currently contentious colonies, Gibraltar and the Falklands, can reach only two conclusions. One is that Britain’s claim to them in international law is wholly sound, the other is that it is nowadays wholly daft.

Twenty-first Century nation states will no longer tolerate even the mild humiliation of hosting the detritus of 18th- and 19th-Century empires. Most European empires were born of the realpolitik of power, mostly the treaties of Utrecht (1713) and Paris (1763). The same realpolitik now ordains their dismantling. An early purpose of the United Nations was to bring this about.

In order to put an end to Gibraltar’s dispute started in July, both Spanish Prime Minister Mariano Rajoy and British Prime Minister David Cameron have finally urged the European Union to mediate in the row. After days of a rising tension, providing “the perfect example of how not to exert diplomacy,” says British former Labour MP Denis Macshane in Spanish daily El País. According to the ex-politician, who resigned after he was found to have fiddled his expenses, tensions on the Gibraltar border are the result of similarities between the British Conservative leader and his Spanish counterpart –

David Cameron and Mariano Rajoy are more similar than they are willing to recognise. They are both weak national leaders, who do have real control of the direction of policy. Both are tired of the EU. Both have a terrible problem of youth unemployment. They both face nation-regions, Catalonia and Scotland, which do not want full integration into the United Kingdom and Castilian Spain, respectively. Both had great empires with dreams that refuse to disappear and that persist through monarchical symbols. Both have big problems relating to their party funding […]. And both have peculiar colonial strongholds, Ceuta y Melilla in the case of Spain, and the Falklands and Gibraltar in the case of the UK. […] Why this absurd dispute between two bald men squabbling over a comb, as Borges said of the Falklands war? […] What we see in the UK and in Spain these days is an attempt to manipulate the media and grab headlines, in London by sending military ships to the region, and in Spain with the proposal of setting up a common axis with Argentina to face the UK in the United Nations. I wish them good luck!