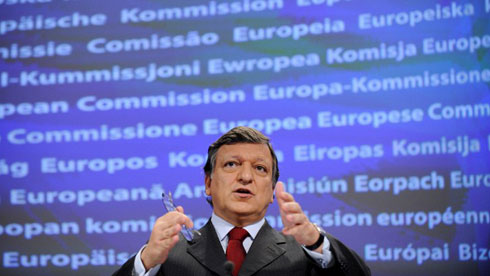 Commission is nowhere to be seen

Everyone has forgotten that the European executive prepared the budget which is currently being negotiated by European leaders. And there is a simple reason for this: Commission President José Manuel Barroso has become invisible. Libération’s Brussels correspondent deplores what he describes as a political “suicide”.

In political terms, the Commission has sunk without a trace. Those who still have doubts about this only have to look at the demonstration that is now taking place before their eyes: at a time when the Commission is supposed to defend its proposal for the 2014-2020 budget (the “multiannual financial framework”) before Europe’s 27 heads of state and government, which is its most important legislative responsibility and the one that will orient the Union over the next seven years, it is quite simply absent from the debate.

No one — and that includes member states, the media and Europe’s citizens — has any more interest in what it has to say. This is not an assassination, but a suicide orchestrated by Commission President José Manuel Durão Barroso — decidedly a calamity for an institution, which, in the not too distant past, was one of the motors of European construction.

Historically, the Commission mobilised all of its resources for battles over the budget: manoeuvering, because it had submitted a proposal, and because it had the means to orient the European Union provided that it succeeded in convincing member states, but also the public opinion that weighs on states, of the validity of its action. This was not an easy task for an institution with fragile legitimacy, and for this reason it had to be extremely political. Let’s not forget that politics is not just a matter of taking action, but also of persuading people that the action to be taken is valid.

Jacques Delors, the Commission President from 1985 to 1995, excelled at this exercise. The inventor, in 1987, of “budgetary perspectives” and the multiannual budgetary frameworks which were destined to put an end to annual financial dramas, he never neglected any field of political action. It really was a monstrous and tedious task, but one that paid off. In 1992, I covered the negotiations on the “Delors II package”, in the run-up to the 1993-1999 budget. I can still remember the huge effort that was devoted to explaining the Commission’s position to the media, necessary intermediaries in the bid to reach out to European public opinion.

Delors himself, but also his cabinet chief Pascal Lamy, the commissioners and the directors general of the European Commission, everyone went to work, on and off the record and at press conferences, to explain what was at issue with figures at the ready. It was an incredibly efficient persuasion machine which continued to function under Jacques Santer and Romano Prodi.

This entire field was ploughed over under Barroso. The man has never been a good communicator and is uneasy with the press. However, it was reasonable to conclude that he would wake up for the 2014-2020 financial framework that was to be his political legacy. This has not happened. On the contrary, he has been worse than ever. One tardy and quickly expedited press conference to present a thick commission document on 29 June 2011, without any preparatory work to clear what was a potential minefield. How were we supposed to ask any questions when we discovered the project at the moment when it was unveiled? Everyone was left to work out what it meant for him or herself — a discouraging task when you consider the extreme complexity of the topic. Only one spokesman took it on himself to decipher the main lines of the financial framework for the media.

And since then? Nothing, absolutely nothing. A year with no external communication: with an absent president, whose main preoccupation has been to counter European Council President Herman Van Rompuy’s influence on member states and the European Parliament, petrified commissioners who are barely able to talk to the media, and general directors stuck in their offices instead of explaining what’s at stake in negotiations.

He will lose on both fronts

As a result, member states have been given a free hand to badmouth the Commission proposals (and they have been all too eager to do this) while Herman Van Rompuy was tasked to take on the Commission’s job of finding a compromise, on the basis of the figures supplied by the European executive. Once he took over the negotiations, the Council President did not neglect to communicate with the media. And when he did, he found that there was no one against him.

Instead of being at its centre, the Commission has simply disappeared from the debate. And sulking in the corridors of Brussels will not enable it to exert any influence or get back into the game. Who can quote anything from Barroso’s last interview with the media? The answer is simple – no-one, because he doesn’t speak to the media. And his November 21 speech to the European Parliament will not be enough to save the day. Almost nobody made ​​the trip to Strasbourg to hear it — they were getting ready for the Eurogroup and the European Summit.

Engrossed in his little institutional game, Barroso has forgotten that he also has an obligation to convince European citizens – a political mission that cannot be fulfilled by lobbying and running a secretariat. As it stands, he is losing on two fronts: against member states that are increasingly disdainful of his institution, and in the realm of public opinion which is increasingly indifferent. Hats off to the maestro!