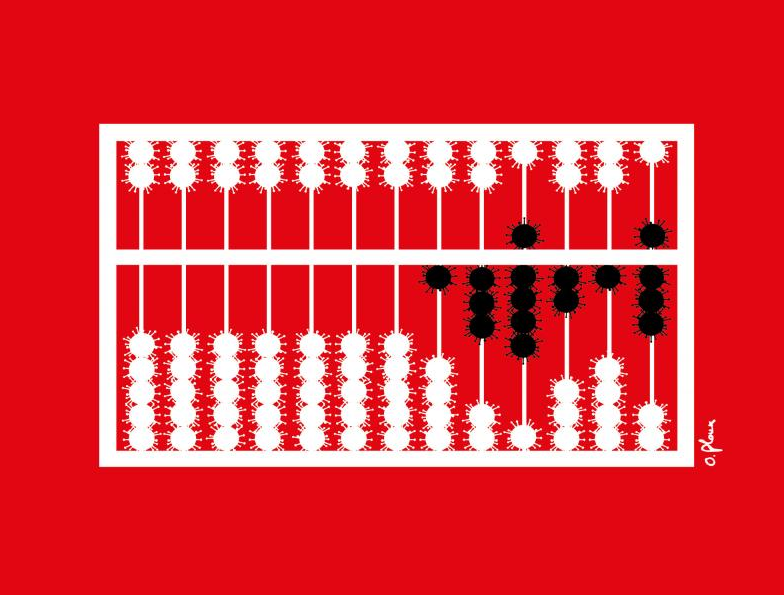 In Bulgaria, ‘You can’t cheat death like you cheat EU institutions’

After having escaped the first wave of the pandemic thanks to a quick and rigorous lockdown, Bulgarians were much more relaxed about the second wave. Amid anti-government protests and a mistrust of vaccines they are now being hit hard, reports Alexandre Lévy from Sofia.

Only a few days ago, amid an Indian summer, Bulgarians could still enjoy the "life before". Bars and restaurants were open, nightclubs and shopping centres too; students went to school, employees to their offices. You could travel all over the country, even to most of the European Union, and masks were only compulsory in enclosed spaces.

Compared to other European countries, life was almost good in Bulgaria. Here, in the words of Prime Minister Boyko Borisov, people were not "locked up", the economy must keep going despite the pandemic, and "mental health" was as important as physical health.

But the second wave of Covid-19 was already in full swing, with an ever-increasing number of people infected, hospitalised and dead. Overwhelmed hospitals began to sound the alarm, forcing the authorities to decree stricter measures from 27 November.

Now schools, universities, bars and restaurants are closed as well as large shopping centres. But for many it is already too late. In just a few months, Bulgaria – which had set an example of good management during the first wave – became one of the countries with the worst per-capita  figures for Covid-19 deaths. "One cannot cheat with death as one cheats with the European institutions," wrote the novelist Georgy Gospodinov (author of Physics of Melancholy) in a text sent to the media on 1 December to denounce the inaction of the authorities. "You can't be first in everything: poverty, corruption, air pollution, road deaths, conspiracy theories, and not be first in this pandemic," he added.

By the beginning of December, Bulgaria had tallied 142,486 cases of coronavirus, including 3,814 deaths, and had reached a daily average of 4,000 infections and 150 deaths. With 7 million inhabitants, Bulgaria now sits at the top of Europe’s sad leaderboard of per-capita mortality. With the introduction of these latest measures, set to continue until 21 December, the authorities hope to allow Bulgarians to spend the festive season in "good conditions".

But will the measures be enough? In recent days, the local media have reported poignant stories of elderly people dying at home, patients being sent from hospital to hospital in search of space (two of whom died before the cameras on the stairs of a polyclinic in Plovdiv), and hundreds if not thousands of medical staff who have themselves been infected.

On the front line, those healthcare workers talked of how exhausted and ill-equipped they were in the face of the scourge – not to mention being low-paid. The authorities themselves admit that Bulgaria is desperately short of medical staff, as many of its doctors and nurses have emigrated to richer EU countries. "We have been accused of being unprepared since the first wave last spring. But can we reasonably replace all these missing doctors and nurses in a few months?", complained health minister Kostadin Anguelov.

During the first wave of Covid-19, Bulgaria was indeed one of the countries least hard-hit by the pandemic. In mid-May, when most European countries were just beginning their lockdowns in the midst of major health crises (up to 600 deaths a day in France), Bulgaria had racked up a total of some 1,500 cases and around 60 deaths. By what miracle was the poorest country in the EU, with a notoriously weak healthcare system, doing so well?

If we had to sum it up, Bulgaria got through the first wave without too much damage due to a mixture of luck, very strict measures taken in time (and severe sanctions for those who didn't respect them), and compliance with government policy by ordinary Bulgarians, who were afraid of the new virus. The luck factor, as explained at the time by Ventsislav Moutaftchiïski, the military doctor who was head of the crisis HQ, was that Bulgaria had decreed a quarantine even before the coronavirus arrived (closure of schools and specific measures in hospitals) because of the winter flu, which wreaks havoc in the country every year.

This man in a two-star general's uniform with a martial tone was the embodiment of Bulgaria's military-accented Covid-19 response. It was he who convinced the prime minister to opt for a very strict lockdown, accompanied by penalties for cheaters and police-style monitoring of the first cases of contamination. Stupefied by what they saw on the small screen coming from Western Europe, Bulgarians went along with it. If such developed countries as Italy, Spain and France were struggling to control the epidemic, what would become of little Bulgaria?

And then Bulgarians came out of their lockdown without really having experienced the virus, and summer arrived with its beach holidays on the Black and Aegean Seas. But having dodged a health crisis, Bulgaria then hit strong political turbulence. Revelations of corruption and large-scale conflicts of interest led to daily demonstrations demanding the resignation of the government. For a while people stopped caring about the virus. Indeed it even seemed to have disappeared in many European countries.

In the meantime, conspiracy theorists have flourished and Bulgaria is now one of the countries most affected by "fake news" on the issue coming from elsewhere in Europe, says Dr Mikhail Okoliïski, WHO representative in Sofia. For example, more than half of Bulgarians do not intend to be vaccinated against the virus "for fear of having a chip implanted", of having their brains "hacked" or of being "genetically modified", he explains. It is almost certainly to placate this constituency that the government has been so slow to take action on the second wave. Compared with other European countries, Bulgaria’s measures remain relatively flexible, even liberal, points out General Moutaftchiïski. He has returned to duty – but this time in civilian dress.