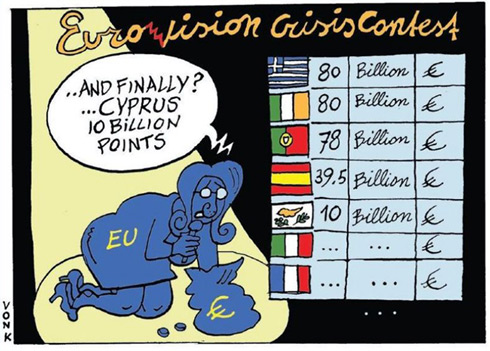 After Greece (May 2010) Ireland (November 2010) and Portugal (May 2011), Cyprus has become the fourth country to receive European Union and International Monetary Fund aid. The €10bn of aid is less than initially discussed and comes with conditions. However, unlike previous bailout terms, which have called for budget cuts and privatisations, now the EU and IMF want a tax on bank deposits.

Spain, meanwhile, completed a deal to recapitalise its banks in December 2012, without signing any binding memorandum with the troika European Commission-ECB-IMF.