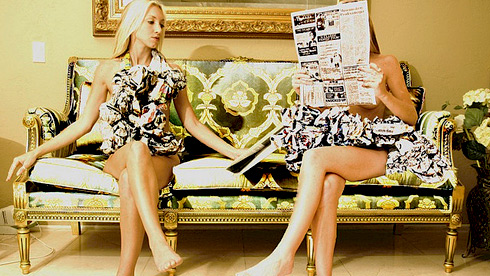 Culture is becoming a luxury

Swedish daily Svenska Dagbladet has decided to cut back on its literature section to make space for more lifestyle pages. One of the critics that the newspaper let go complains that the newspaper’s bid to reach out to a wider public will result in an increasingly impoverished press.

Payam Emrani  | Newspapers are caving in to pressure to dumb down

On November 6, 2012, the anniversary of the Battle of Lützen [in which Swedish Protestant forces won a pyrrhic victory over the Catholic House of Hapsburg during the Thirty Year’s War in 1632], Svenska Dagbladet's new cultural editor, Martin Jönsson, and the newspaper’s new literary editor, Lina Kalmteg, wrote to me and several colleagues, who work for the newspaper’s cultural section and who include some highly experienced and well known writers.

Their letter informed us that we had reached the dawn of a new era in which the newspaper would no longer have any need of our literary criticism, or an excessively large number of freelance cultural journalists. The culture desk was hoping "to form and work with a small group to cover a reduced range of literary news".

What had happened was that, in a bid to cut costs, the newspaper’s management had decided to reduce the budget for literary criticism, and to refocus its culture pages on "lifestyles", the media and other more lightweight content.

The layoffs at Svenska Dagbladet’s culture section are not an isolated phenomenon, but a common consequence of the international crisis in the press. In response to competition from the online press and other virtual media, newspaper managers now feel obliged, although this sentiment is hardly justified, to dumb down intellectual content in a bid to boost their readership.

The upshot of all of this is that culture specialists are being shown the door, or sidelined and replaced by journalists who are expected to "newspaperize", or even "Metrofy", cultural content, and present it in the form of lifestyle reports and other predigested articles that can easily be swallowed by readers on buses and commuter trains. The phenomenon that has struck Svenska Dagbladet has long been observed at Dagens Nyheter, Göteborgs-Posten and other publications around the world.

At the same time, what is happening can be viewed as the final phase in a prolonged “class struggle" between two categories of daily newspaper staff. One of these categories is composed of qualified journalists who cut their teeth working for the TV news programmes and reportage magazines of the media world – historically an "inferior class", which has now taken control of culture pages. The other category is made up of cultural writers who emerged from the academic milieu or the world of literature – historically a “superior class” which is now being driven out of the daily press.

The real decline of culture sections started around the year 2000 and thereafter was imposed using the same modus operandi in all of the major dailies, when readers began to cancel their subscriptions for paper editions and took to reading newspapers for free on the Internet. For years, the cultural pages of Svenska Dagbladet were largely spared, in spite of the newspaper’s shaky finances, notably thanks to loyal writers and cultivated bourgeois readers who were equally stalwart in their support.

However, it was not long before the new proprietor of the newspaper, [the Norwegian group] Schibsted, insisted on drastic cuts and a change of tack — a demand that led to the summary resignation of Mats Svegfors and Peter Luthersson: two intellectuals with senior posts on the newspaper, who, as soon as they walked out, were replaced by people with a focus on marketing and a background in journalism.

But how will these changes impact the newspaper’s subscriptions? Motivated young freelance journalists do not cost much, and along with the opportunity to save money in the short term, there is also the possibility that they may even pick up a few readers from the younger generation, which, will hopefully appreciate the “lifestyle” focus of the new editorial line, which is particularly interested in fashion, interior decoration, travel, entertainment and the literary sales shelf.

Abandoned by the bourgeoisie

But this is also a risky option, because the educated bourgeoisie, which up until now has been the newspaper’s loyal readership, is beginning to cancel its subscriptions. It is also highly likely that most of the young fans of "lifestyle" sections will soon be giving up on print and seeking the information they want from the online press and other electronic media — a process that is already well advanced. At the same time, demanding readers from the university milieu will probably turn to more high minded journals for their needs.

Well-known cultural journalists will obviously have to make the most of a bad situation, even if dailies like Dagens Nyheter and Svenska Dagbladet will no longer have the means to offer remuneration that reflects the real value of their articles. A certain number of them have already launched their own blogs and websites to reach out to readers. In the long term, they will probably also be able to earn a decent income from work in universities, cultural foundations and publishing houses that still have intellectual ambitions.

In all probability, the takeover of cultural sections by daily newspaper journalists will prove to be a pyrrhic victory. Without a doubt, these journalists will be, along with young freelancers, will be the ones likely to lose their jobs, and not the seasoned literary critics and other writers who will continue to be considered a “safe bet” in the world of culture.

Other parts in the series:

El País: delusions of grandeur
Still pandering to the power brokers
Newspapers will not die in Silicon Valley
Embedded in the Brussels bubble

The culture and opinion pages of many daily newspapers are falling victim to the crisis decimating the media industry. But as noted in Swedish daily Dagens Nyheter Thomas Steinfeld, culture editor of German daily Süddeutsche Zeitung, says –

There are some discussions that can only take place within the framework of a newspaper. Some of these discussions are essential to societal development. In Germany, we have had three in the past several years: on circumcision, on blasphemy and on plagarism of scientific work (which ended with the departure of Defence Minister Karl-Theodor zu Guttenberg). All of these discussions were linked to the cultural pages and, in each debate, the newspaper played a strategic role relative to the television. With the aim of satisfying the interest for entertainment, the key activity of the cultural page, reviewing and critiquing, has been replaced by portraits and interviews.