Electing the president, behind closed doors

On 19 November, leaders of Europe’s 27 member states will settle the question of who is to head the European Council and the EU’s diplomatic service. However, for the European press, a process which should have marked a milestone on the road to European integration has been marred by a lack of transparency.

Male or female? Right-wing or left-wing? High profile player or back office manager? On the eve of the informal summit of European Union leaders in Brussels, there is no end of speculation on the identity of the future.

President of the European Council and High Representative for Foreign Affairs and Security. On Thursday, heads of state and government leaders will sit down “to an official dinner and a comprehensive menu of dignitaries in line for the two most powerful jobs in the EU,” reports Jurnalul National, which further avers that “hot lines between European capitals must have been busy with endless bargaining to establish an appropriate compromise” on the two posts. 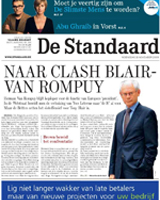 However in Madrid, El País notes that “the process of electing an EU President has been so chaotic that many observers in Brussels doubt that the summit will produce results.” If that is the case, De Standard is convinced that “Sweden, the current holder of the EU presidency,” ought to be held to blame. The Belgian daily further insists that the Swedes “neglected to take advantage of a historic opportunity, where they could have put in place the first piece of the puzzle” when European leaders met in Berlin on 9 November. Then on 16 November, Sweden’s Minister for Foreign affairs, Carl Bildt, refused to touch on the burning issue when he simply stated that the summit was still three days away, which amounted to “an eternity in politics.” On this basis, De Standardtakes the view that the selection procedure will be as unpredictable as “a game of pinball.”

For an East European diplomat quoted in the Daily Telegraph, “Trying to work out who is going to be President of the EU Council is not dissimilar to decoding who was in or out in the Kremlin in the 1970s. It seems strange to many of us that 20 years after the fall of the Berlin Wall we have to dust off our Kremlinology skills here in Brussels” — a situation that the Estonian daily Postimees attributes to political apathy in the EU. As it stands, the favourite for the post of EU President, Belgian Prime MinisterHerman Van Rompuy has not announced that he is in the running. 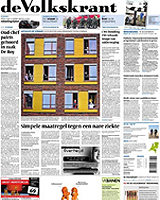 Only three candidates have officially come forward: the Prime Minister of Luxembourg, Jean-Claude Juncker, and representatives of two Baltic states, Latvia’s Vaira Vike-Freiberga and Estonian President Toomas Hendrik Ilves. A Polish suggestion that candidates should present policy proposals and officially announce their intention to seek election to the two posts received support from Vaira Vike-Freiberga, who has called on the EU to “stop working like the former Soviet Union,” but was dismissed by the current EU presidency, which deemed it to be impractical.

It is no coincidence that EU procedures are being questioned “by three new member states who have yet to understand which method to adopt,” notes Volkskrant. “In the diplomatic arena, this forthright approach is greeted with patronizing smiles,” adds the Dutch daily, which concludes that new member states “which have not been steeped in time honoured Brussels traditions make the mistake of believing that the EU is in fact a union.”

Beware of gorillas in the mist 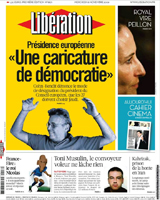 Libération, “the cloak and dagger approach” adopted by most of the contenders has been prompted by the restricted size of the electoral college, “which is only composed of 27 members,” that will select the candidates for the two top jobs. “Its decision will first and foremost be determined on the basis of delicate considerations of geography and male-female parity. Only then will the personal qualities of the future appointees be taken into account. (…) It is for this reason that the prolonged negotiations, which the Swedish Presidency claims are highly complex, have largely been kept secret.”

However, for Die Presse, the secrecy is mainly motivated by the fact that “no one wants to lose face.” The Vienna daily, which compares Europe’s politicians to a band of “gorillas in the mist” argues that “nothing could be more 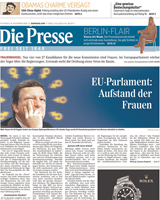 embarrassing for the alpha animals” in line for the top jobs “than the ignominy of presenting themselves and then having to accept defeat.” For Libération, this reluctance is mainly prompted by a desire to avoid disrupting a balance of power which has already been established. European leaders have no qualms about appointing “ghostly figures” to the most senior positions in the EU, because they do not want these posts to become too important. The daily’s editorial further deplores what it sees as “a historically retrograde step at a time when the peoples of this planet are increasingly interdependent.” The spirit of the Lisbon Treaty and “the desire for European integration expressed by the appointment of an EU President and a High Representative for Foreign Affairs” is apparently at odds with a Europe where intergovernmental horse trading has become increasingly prevalent.