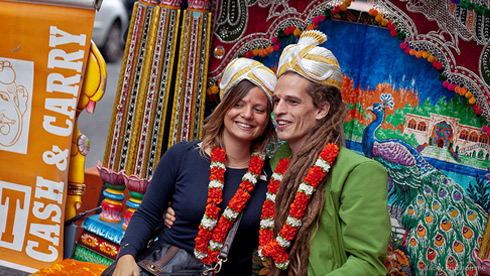 End of the multiculturalism dream

The era of multiculturalism collapsed when Europeans ceased to understand each other. Now we have entered a period of postmulticulturalism, where society blindly accepts that all cultures are equally good, according to a Polish philosopher.

From the 1970s onwards, multiculturalism was not only a fact in countries such as the United States, but also the standard. You had to support it, and this had the appeal of promoting diversity. One also had to respect multiculturalism because it was an expression of the varied “identities” of different social groups – primarily ethnic and tribal – but also cultural, sexual, or generational.

At some point, the number of published books and articles and conferences about multiculturalism exceeded all reasonable limits, and many people, myself included, started believing it to be yet another fad or obsession.

In recent years, however, we have witnessed two phenomena, which prove that multiculturalism – as long as it’s moderate – is better than what we are seeing now. The first is that multiculturalism has been replaced by a largely uncritical acceptance of all cultural phenomena, no matter where they come from or their political, social, spiritual, or religious context. In other words, Scandinavian novels, Iranian movies, Indian music, and Oriental medicine are all equally good. “Equally good” means also that we have no rating scale tied to our (European) culture, but everything that is good is good, even if we do not know why.

The second threat multiculturalism has faced is the monoculturalism bound up with the intellectually clumsy – but nonetheless increasingly popular – nationalist ideas. To some extent, multiculturalism was a reaction to it. But not only nationalism is opposed to multiculturalism. Whether in analyses of immigrant communities in various European countries or in the statements – even official ones – of political leaders in Islamic countries, we have seen more and more hostility towards other cultures or civilisations.

[[Multiculturalism’s great virtue – underappreciated during its heyday – was the awareness that, as its very name suggested, there existed many different cultures]]. However, those who believed that they were not only different but also equal, that is, equally valuable, went clearly too far. I am not trying to extol the virtues of Eurocentrism here, but even when we accept the existence of many cultures, our own should be the one to which we feel closest.

The point is that each culture represents and promotes specific values, however there are also those to which we western people cannot consent. For example, the treatment of women in some Islamic countries or the culinary habits and consumption of certain animals in some Far Eastern countries.

We may reasonably think, that multiculturalism was a much better idea than the present postmulticulturalism, that is, [...] choosing not to differentiate between cultures at all. Sometimes this stems from an incomprehensible fascination with the works of other cultures without knowing the context of their making, which inevitably leads to misunderstanding.

Interestingly, postmulticulturalism is becoming more and more widespread in precisely the societies that have experienced some very difficult, and often still unsolved, issues with cultural diversity. In the first place, this means immigrants who, although hard-working and much-needed, have no intention of participating in the culture or even politics of their country of residence. This creates an obvious problem, not only because they are entitled to the same benefits (education, healthcare and so on) as everyone else, but also because no one knows how to integrate them with the rest of society, how to subject them to the same laws that apply to others. The phenomenon is most acutely observable in the Netherlands, but it is also present in Germany and France. Of course, there exist various means of soft coercion (such as requiring immigrants to study the history of their new homeland), but in the liberal western world they are hardly popular, not to mention the fact that there are serious doubts as to their effectiveness.

After all, in the immigrants’ countries of origin – and we are speaking primarily about Muslims – anti-Western attitudes are openly promoted. Why should these people suddenly become Western? But can we afford their million-strong presence? No one dares giving clear-cut answers to such questions in Europe, and those few who do are immediately and often rightly dismissed as radicals, condemned, sometimes even accused of racism or fascism.

But if cultural differences are a fact and can turn into outright hostility, does multiculturalism, or any tolerance other than silence, make sense? Should we treat potential enemies as fellow citizens, if not as brothers? The best solution, then, would be to return to our roots, our myths, our symbols, our not necessarily European, but national, traditions. But then it turns out quickly that there isn’t much left to return to. Even if there appear works of culture from previously little-known parts of Europe, such as Scandinavian crime novels, the return to tradition turns out to mean investigating the Swedes’ collaboration with Nazi Germany. [[Truth is, the proud words about strong European roots are usually as proud as they are empty]].

Day-to-day psychological observation shows that we are much more likely to reach consensus with others when we know well enough who we are, when we feel comfortably enough with ourselves. The phenomenon of postmulticulturalism is a result of the fact that we in Europe don’t feel comfortably with ourselves and we don’t know how to address the discomfort.

None of the available methods seem to work here: neither regarding the rest of the world as pagans or heathens, nor enthusing about them as wonders of nature or an entertainment for the ladies, nor the imperialistic “white man’s burden”. Multiculturalism was the last reasonable – if sometimes exaggerated – attempt to do something about the discomfort. Today things are much worse: either we decide that the others do not exist, which is untrue, or that we shouldn’t let them in (neither in body nor in spirit), which can only lead to disaster.