Opinion State of the European Union 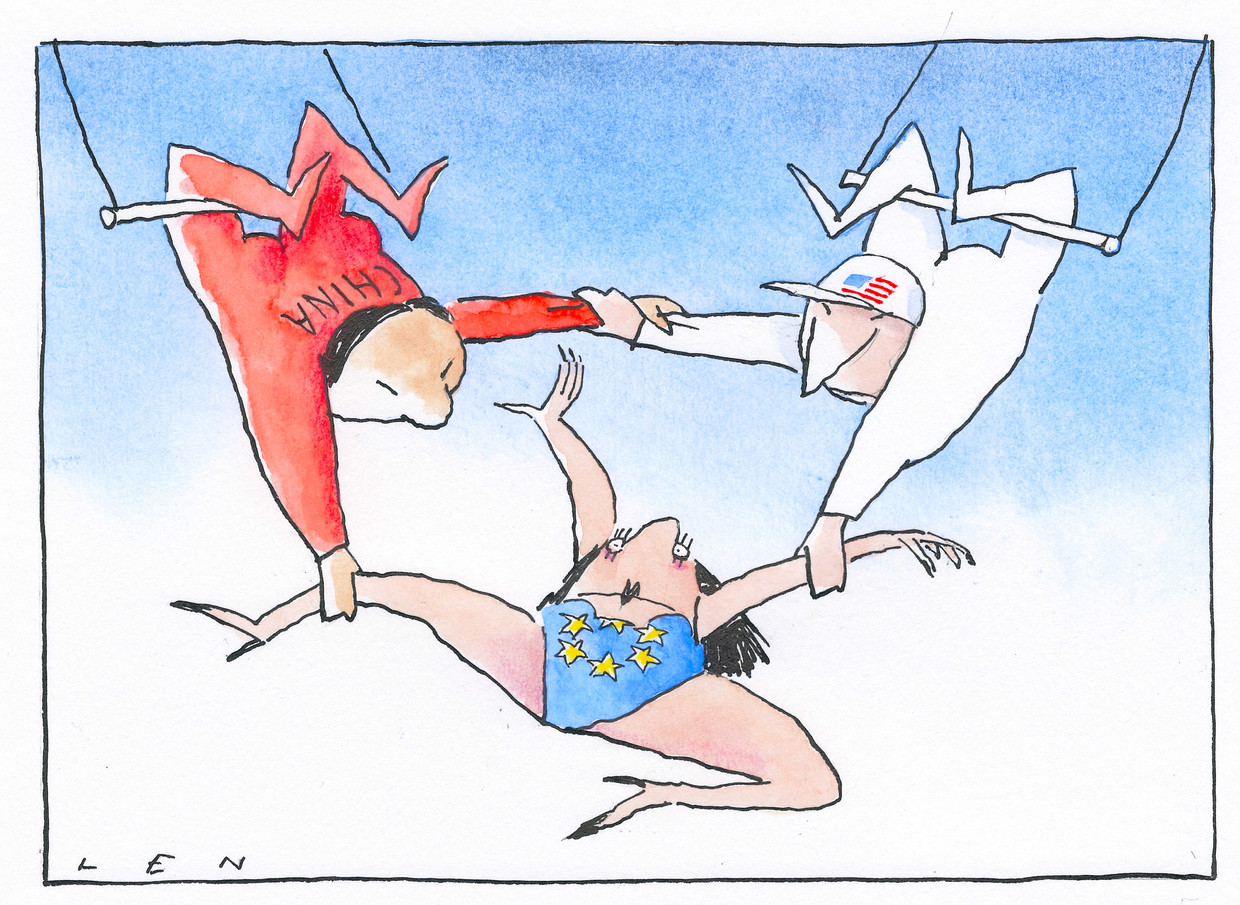 Opinion State of the European Union

The President of the Commission, Ursula von der Leyen, gives her first State of the EU address on 16 September. With its recovery plan and the action of the ECB, the EU has reacted better to the corona-crisis than other blocks. It must now think of itself as a "geopolitical power" in order to face the challenges and speak directly to citizens to assert its uniqueness and defend its model, says the president of the Robert Schuman Foundation.

On 16 September, the President of the European Commission, Ursula von der Leyen, will deliver her State of the European Union address to the European Parliament, during which she will take stock of the Union's progress one year after taking office.

How have Europeans reacted to the very special circumstances that we have been through and how have the European institutions, first and foremost the Commission, adapted to them?

The Schuman Report on the State of the Union shows that the European Union is not doing so badly, but the challenges it faces have become so crucial that it must change tack as soon as possible.

Looking back, the Union had a thousand reasons to break apart. Instead, it took some very quick decisions. Within days, the heads of State and government adopted a €750 billion plan to tackle the crisis and a 7-year budget of over €1 000 billion. Christine Lagarde, President of the European Central Bank, announced the injection of more than €1 200 billion into the European economy. The national plans completed these financial "bazookas". Europe has done better than any other political entity. Despite some nuances at its heart, Brexit and the rancour of some, it is united, and it is not about to unravel.

The new challenges are many and crucial.

They are geopolitical. The international environment has changed radically. Where once Europe thought it had only friends or allies, it is now discovering rivals and even enemies. Russia, China, Turkey, but also the United States, and now the United Kingdom seem to be aiming only to weaken the Union by dividing, attacking or challenging it.

Its successes disturb, its internal market attracts, its hesitations delight its partners. Thinking of oneself as a "geopolitical power" means defending and promoting one's interests; it also means cultivating a sense of belonging among Europeans to a group of which one can be proud. From this point of view, there is still a great deal of work to be done.

Perhaps the most significant amount of this needs to be addressed on the domestic front. To do this, the European institutions must change their approach. Making a success of the recovery plan will be a test of their ability to adapt. Streamlining procedures, ceasing to be legalistic, acting quickly and breaking away from diplomacy, addressing citizens directly, communicating; these are all urgent matters for all the shared institutions and especially for the Commission.

Will we succeed at European level in doing what we cannot always do at national level?

We may find that wise decisions are easier to take together than alone! Europeans, must therefore collectively stop believing that being exemplary will be enough to convince other international players to follow us, to think that on the international stage, acting as an "honest broker" will protect Europe against the fait accompli of players using force, and relying on others for their security.

Their elites, their leaders must rise to tackle the issues at stake, that is to say, believe that they are following public opinion instead of enlightening it, to stop denigrating an unprecedented construction that has enabled us to continue playing our role in history after two world conflicts. On the contrary, they must, by all means, enhance the strength of this entity - its economy of course, with its large market, but also its values of freedom, the respect for the individual and solidarity, which enlighten the world. Because, as far as I know, no one emigrates to Russia or China! Not even to Turkey, where we generally just pass through! Europe has a special place on the planet. It must fully occupy it.

If Ursula von der Leyen finally embodies this voice with courage and imagination, the Union will emerge strengthened and Europe, in all its States, will be reinforced.

Categories
Conference on the future of EuropeEUEuropean Union