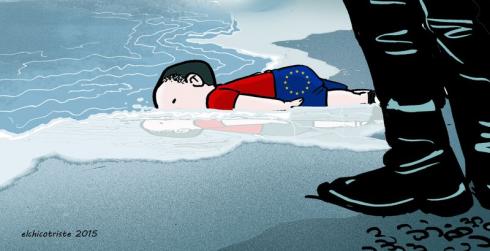 The photo of three-year old Syrian refugee Aylan Kurdi's body, washed up on a beach in Bodrum (Turkey), has been circulated around the world. Aylan drowned together with his mother, his older brother and nine other people, as they were trying to reach the Greek island of Kos between 1 and 2 September.

The picture of Aylan Kurdi has become a symbol for the refugee crisis Europe is facing and the inability of European leaders to replace their repressive policies with a welcoming policy, with the notable exception of Germany, which decided to soften its stance towards asylum seekers from Syria.

An emergency meeting – JHA Council, Justice and Home Affairs -- of EU interior ministers has been called on September 14 in Brussels "In order to assess the situation on the ground, the political actions underway and to discuss the next steps in order to strengthen the European response".
More than 2,600 migrants have died trying to reach Europe since the beginning of the year.