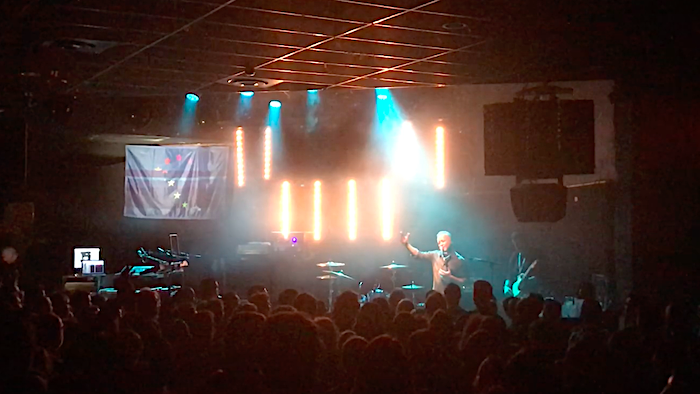 Facing the rise of populist and authoritarian movements, the Italian alternative rock group are taking a stand by holding their next concerts under a banner defending European ideals and values.

For their European tour starting this Tuesday, Subsonica, probably the biggest Italian alternative rock group at the moment, are launching an initiative against the political tide by raising the European flag at their concerts and pitching a cultural battle centred on the hashtag #europasonoio (“#Iameurope”), encouraging as many people as possible to participate.

By way of example, the group’s five members have recorded and posted videos on social networks explaining what Europe means to them, what their idea of Europe is, and inviting everyone following the tour - attending concerts or watching videos - to do the same: post a video explaining why Europe is important and what kind of Europe they imagine, and adding the #europasonoio hashtag.

For example, Samuel, the lead singer, declares that “I feel like a European because I was born in Europe - simple as that. Those who feel like Europeans share their European history with us”. “Comparison creates civilisation, culture and beauty”, says Boosta: “I’m very happy to be European and I’m very happy that Italy is in Europe. If we want to live in a responsible civil society, we need to appreciate Europe, because it’s our home”. Meanwhile, Ninja, the group’s drummer, declares: “I want my children to be able to call Europe their home and build a path, educational or professional, which isn’t limited to Italy.”

Subsonica’s initiative is organised in collaboration with the EuropaNow! association EuropaNow!, of which VoxEurop is a founding partner. Activists from EuropaNow! are present at the band's concerts with information material, and happy to talk with the public about its activities and initiatives. Members of the association include Eric Jozsef, Bernard Guetta, Gábor Hórvath, Roberto Saviano, Ulrike Guérot and Martha Lempart (and myself). This is a more than welcome initiative, and we invite our readers and all those who care about Europe to respond to their appeal.