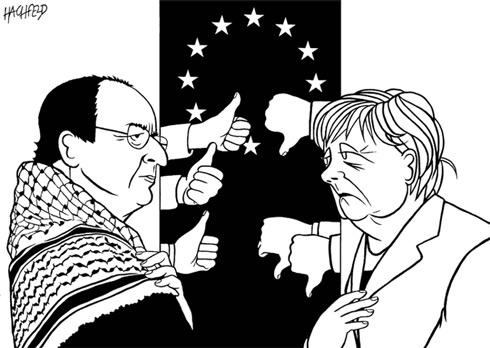 While the EU’s High Representative for Foreign Affairs Catherine Ashton saidon November 29, that “the EU stands ready to recognise a Palestinian state at the right time,” only hours later, the member countriesthemselves have not reachedan agreement over how to vote with a single voice on granting the Palestinian Territories the status of “non-member observer state to the UN.”

Some, like France, Belgium and Spain, voted yes, while others, such as Germany, the United Kingdom and the Baltic countries abstained.