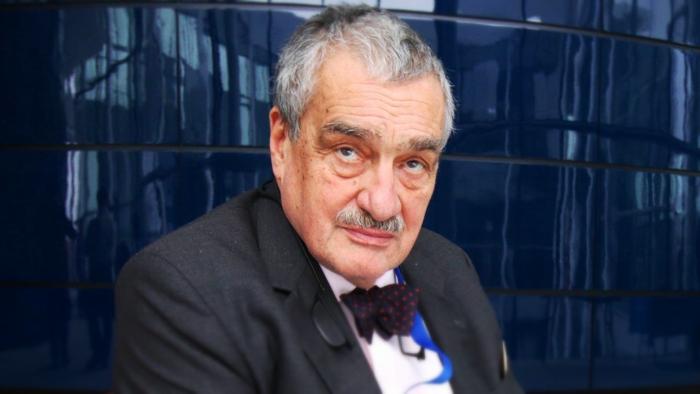 ‘Europe’s fate is being determined in Ukraine’

Karel Schwarzenberg was Foreign Affairs Minister of the Czech Republic from 2007 to 2013. He was chancellor under Václav Havel in the 1990s, when he led the first delegation of the OSCE to Nagorno-Karabakh following the outbreak of war between Armenia and Azerbaijan. He now leads the conservative TOP 09 party and ran for the Czech president in 2013, losing to Miloš Zeman in the second round.

Mr. Schwarzenberg, was the Nobel Peace Price for the European Union in vain?

In my opinion, it was a pretty useless gesture. There is no doubt that the EU has achieved a lot for peace. We won’t challenge that. [The EU] made enormous progress within its member states, but I think that giving the Nobel Price to an international organisation is useless.

How do you assess the current geopolitical situation in Europe?

Right now we are heading towards, or already have behind us, a great defeat. The ceasefire that the leading powers of the EU – Germany and France – negotiated in Minsk did not even hold for 24 hours. But this was clear right from the outset. Putin has succeeded in ridiculing the EU’s representatives, and Europe will have to decide if it still wants to take itself seriously.

What can and should the EU do?

Offer the strongest possible resistance to the conquest of Ukraine and help Ukraine by any means necessary. This will require considerable sacrifices.

What sacrifices do you have in mind?

Who is to blame for the situation in Ukraine?

Many are to blame. But in the first instance Russia, of course, or Putin. He wants to subjugate Ukraine once again, for it to submit to the domination of Moscow. For Putin, it is not about recovering the old industry in Donetsk, nor is it about some villages in eastern Ukraine. For him, it is about the possession of Ukraine in its entirety. And that should be clear in our minds. Europe’s fate is being determined in Ukraine.

What motivations are at play?

For Putin, power. It’s very simple. He does not recognise the autonomy of Ukraine or the existence of a Ukrainian nation, and believes it should be subject to his power. Power alone is a very honorable goal. Americans have a nice phrase: “power is better then sex.”

Does the EU have a problem with power?

It doesn’t use its powers, unfortunately. We are preoccupied, scared, about our business interests. But there is an old joke: “even in leather pants, people without balls are still impotent.”

You were very active against the communist governments in the old Czechoslovakia and elsewhere in the Eastern bloc. Do you draw parallels between today and the situation more than 50 years ago?

There are huge differences, but it is Russia’s unabated claim to power that unites them.

The Czech Republic became a NATO member in 1999 and joined the EU in 2004. How did you experience this period of change?

I was very happy that it succeeded, because I was reassured that my home country was more or less secure. There were no big tensions. Both accessions were welcomed by the population. There were some who protested – communists and others – but they clearly were the minority.

What future does the Eastern Partnership have?

I believe we should continue the Eastern Partnership. It is in our interest to care about our neighbors, because if the East remains a turbulent and poor region, it will hurt us. We should have no illusions about this. In that sense, it is in the best interest of EU member states for the countries of the Eastern Partnership to prosper. It is less a charitable act than one of self interest.

But might this not be difficult to justify, since it could be seen as too much influence by the EU?

I would love to know which states in the region we have a considerable influence on. I don’t know of any.

Why doesn’t the EU have this influence?

Because the Eastern Partnership is controversial. It does not guarantee future EU membership. The EU is schizophrenic about this. As always, the EU does not really know what it wants.