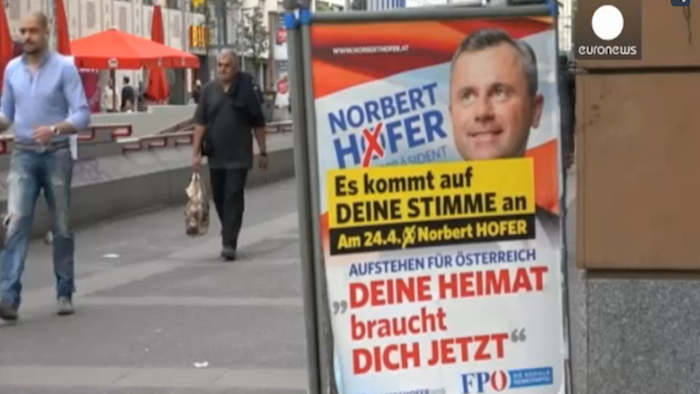 Far-right scores a ‘landslide victory’ in first round

A “landslide victory” – that’s how Alexandra Föderl-Schmid, editor-in-chief of the liberal Austrian daily Der Standard describes the victory of the rightwing candidate Nordert Hofer of the Freedom Party (FPÖ) in the first round of Sunday’s presidential elections in Austria. “Nobody predicted such a big win,” she writes, “it is a debacle for the governing coalition”.

The two main parties – the Social democrats (SPÖ) and the Christian conservatives (ÖVP) – who have run Austria since World War II either alone or in a coalition, will have no candidate in the second round of presidential elections for the first time since 1945.

They can “either fight or give up straight away” in favour of the Freedom Party, Föderl-Schmid writes. “A president from the Freedom Party would be a shock with a large symbolic influence that would resonate further then Austria,” she assesses.

Norbert Hofer will compete against Alexander Van der Bellen, an independent backed by the Green party, in the second round, which is to be held on May 22. The Austrian president primarily has a ceremonial role, with limited direct political influence, though Hofer has already expressed a desire to test the boundaries of the presidential powers by seeking a more active political role.

“No longer a taboo”

The FPÖ has “again benefited from the growing discontent” towards the government, Föderl-Schmid writes, adding that the debate over the refugee crisis has served as “catalyst.” Hofer could win through force of personality and on those same issues; and “a right-wing populist is no longer a taboo for more than a third of those who voted,” she writes.

Van der Bellen confirmed a recurring issue for the Green party, Föderl-Schmid, writes: “They are better in the polls then at the election,” even though his result is the best in the party’s history.

For the second round, the Social Democrats have already expressed support for the green candidate. Both legacy parties, ÖVP and SPÖ, can now take the election as an opportunity to refocus and “succeed in something together,” the editor argues. “Otherwise, the two parties will follow the path of their candidates” in the next general elections:

They can still convince through their work until 2018. At the latest general election, the two governing parties got only 51%. Given the presidential poll, this now seems impossible. The only thing left is to fight or to give up – which means handing the presidency, and soon the government, to the FPÖ.