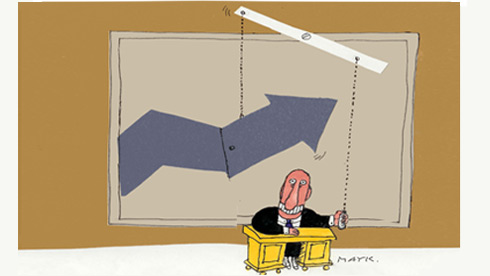 Germany snared in its own trap

In January, Greece will take the EU’s rotating Presidency for the first sixth months of 2014. One of its tasks will be to assess the economic situation of the member states. One country could find itself in a “situation of imbalance”: Germany, the export heavyweight.

With the German elections out of the way, the new German government will be facing two major European issues.

The extra package to rescue Greece should not raise any great difficulties. On the other hand, as the timing of the European calendar happens to go, Greece will take over the presidency of the union for the first half of 2014, and on 24 July it will celebrate the fortieth anniversary of the end of the dictatorship of the colonels.

While Greece may certainly lack the necessary credibility to take on an economic project for the union, its presidency will indeed be political. Athens will call a EU–western Balkans summit, to be called "Thessaloniki II". The objective is to adopt a political declaration that will set out a deadline, "ambitious but realistic", for completing the process of accession to the union of the countries of the Western Balkans.

The issue is obviously a regional one for Greece: well-attached to the European continent, it has had land borders with the rest of the union only since Bulgaria entered the EU, and it does remain isolated in the southeast. Integrating the Balkans would allow a rebalancing in Europe and anchor the democratic transition in these countries. However, Germany cannot procrastinate. Its government will have to explain to the German people the need, despite the economic risks, to validate this timetable for enlarging the EU.

The second issue is much more pressing. Since the introduction of the "six-pack" (the six rules to strengthen the European stability pact) in late 2011, the technocratic management of the Union, in the eurozone in particular, has been based on other numbers than the famous three per cent of gross domestic product (GDP) that public deficit must be limited to, the 60 per cent of public debt set out in the Maastricht Treaty, and the 0.5 per cent of structural deficit set out in the fiscal compact.

From now on, every autumn, the Commission shall establish a diagnosis of the macroeconomic imbalances in the countries of the Union, from a battery of 11 indicators. For each of the indicators a range of values has been set. If the indicator comes to rest outside the range, an imbalance is deemed present. Let us mention, right off, that these ranges, just like the Maastricht criteria, do not correspond to any well-grounded economic consideration.

This first review will allow it to be determined what countries are in a “state of imbalance”. The addition or the aggravation of these imbalances can, in a second step, instigate a ”deeper scrutiny".

In November 2012, 13 countries of the Union, including France and the United Kingdom, were declared to be in imbalance. But in the spring report, during what is called the "European semester", the imbalances of these two countries were not judged "excessive", unlike those of Spain. It was a close call: a country in "excessive" imbalance, it turns out, must adopt the corrective measures proposed by the European Commission.

Following two defaults, the country can be subjected to stiff financial penalties – 0.1 per cent of its GDP. It follows that countries whose imbalances are not deemed excessive are strongly encouraged to follow the recommendations of the Commission.

[[Germany has not been declared to be in imbalance, but it has had a narrow escape]]. One of the criteria is the balance of current external accounts. On a three-year moving average, Germany must not be in deficit of more than 4 per cent of GDP – but nor may it be in surplus by more than 6 per cent of GDP.

This second value is in fact a concession made by Germany, whose economy is highly geared to exports. Angela Merkel calculated that the purge imposed on the peripheral countries of Europe would keep Germany’s balance below 6 per cent, which is already a high value. At that figure, Germany would thus not be accused of being too competitive, to the point of destabilising the union, and it would be others who would be singled out as being not competitive enough. And that is what the central talking-point of the Commission has been since the start of the crisis.

But lo and behold, and with a crash and a bang, Germany exported more and more. The decision was then taken to "arrange" the provisional figures sent in to Eurostat. Miraculously, the moving average calculated by the Commission in the fall of 2012 shifted to – 5.9 per cent! Germany was therefore deemed not to be out of macroeconomic kilter… The final data published in the spring of 2013 reported an average of 6.1 per cent, but by then it was too late. The European semester had already started, and Germany was gearing up for the September election.

[[All this shows the absurdity of an autopilot running on numbers: once the final data is available, the diagnosis can turn out to be different]]. And what will be done if a country turns out to have been punished on the basis of statistics that prove wrong in the end?

Meanwhile, German surpluses have grown. The figures can no longer be tweaked: they are merrily on their way to falling between 6.4 per cent and 6.6 per cent of GDP over the period 2010-2012. Germany has thus fallen into its own trap, as has the European Commission.

The dictatorship of the figures allows reforms to be imposed, despite what the peoples want, by falling back on the argument of Germany, the good student. It is hard to imagine, however, that the Greeks, the French and the Spaniards will support, only a few months away from the European elections, special privileges for the northern heavyweight.