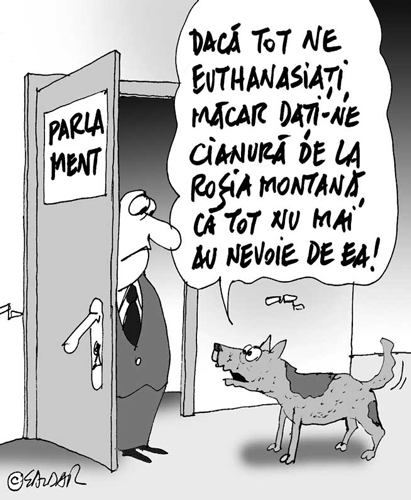 On the door: Parliament

If you want to euthanise us, at least use the cyanide that you bought for Rosia Montana. In any case, you don't need to any more...

After several days of protests across the country and in some European capitals, the Romanian government announced the abandonment of the cyanide mining project the Rosia Montana gold mine.

At the same time, MPs passed a law that allows the euthanasia of stray dogs that have not been claimed after 14 days. The vote followed the death of a 4-year-old boy in Bucharest, who was attacked by a pack of stray dogs on September 2.