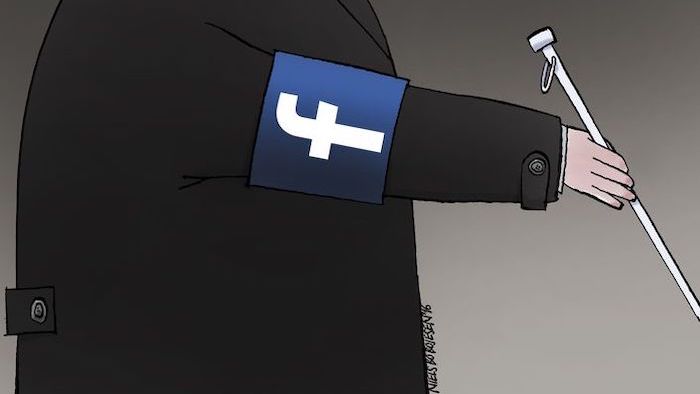 Civil society is rebelling against the new Facebook rules on political advertising.

On the 19th of April Alberto Alemanno, director of The Good Lobby, sent a complaint to Commissioner Frans Timmermans and Secretary General Martin Selmayr. The purpose of the complaint is to ask that the exceptions to the rules granted to European parties and institutions are extended to NGOs, whose work is crucial in engaging citizens and encourage them to vote. In fact, many are involved in the This Time I’m Voting campaign, promoted by the European Parliament.

Lately, there has been an increasing pressure from all the European institutions (specifically from the Parliament and the Commission) to improve the online political debate and protect Europe and these elections from foreign malicious interference, such as the ones recently experienced in France and in the United Kingdom. Just before the start of the most heated part of the European Elections campaigns, Facebook announced that it would roll out new advertising rules to improve transparency for political ads.

To put it simply, since the beginning of May and across all European countries, it is mandatory thatall political advertising contains a disclaimer to declare who is sponsoring the content. All the people who are involved in the process of creating political ads, from the creativity to the targeting and the payment, need to be authenticated through a proof of identity or residence for the specific country in which they are running that advertisement.

This means that pan-European organisations need an Ad Manager for each country they operate in, who will have to provide contact details and a payment method for each country. The contact details will be accessible through the disclaimer, and all the data provided (except for the ID which will be stored for a shorter period of time) will be stored for up to 7 years. There is also a guide with all the details on how to get authenticated and link a profile to a page.

While these rules could superficially appear as a good solution for a real, tangible problem Europe is facing, there is a big caveat to it: since electoral laws are different for each country, there is no pan-European political advertising option. This makes it effectively impossible for small organisations to participate in any pan-European political campaign, let alone the ongoing European elections campaign. The definition of what constitutes a “political” content is also quite vague: it can encompass themes such as the environment if they spark debate, according to Facebook and anything that is not purely commercial can be flagged.

Of course, not many non profits or NGOs can afford to have 27/28 Ad Managers to run pan-European campaigns, so this limits the ability to make an impact for simple citizens’ initiatives and small activism groups. At the same time, these rules are extremely easy to bypass by malicious parties, provided they have the resources to have localised Ad Managers, thus nullifying its potential positive effects. In fact, the rules might even facilitate interferences, because now users have the opportunity to report ads that are political in nature and send them back to be reviewed, potentially stopping a campaign. So it will be possible to just report content they don’t agree with, and stop its dissemination if it gets flagged.

Another issue that might be overlooked is that of security. Considering that Facebook’s track record on data protection is not exactly the best, knowing that it can keep activists’ data for up to seven years and that this data could be hacked, retrieved or even simply shown in the disclaimer. In addition, if we take for granted that not many organisations have such a structured network to be able to afford multiple Ad Managers, their only alternative is to ask for their volunteers’ help. In that case, it is possible that not all of them would be comfortable with having their identity shown in a disclaimer, and for them, there is the option to show the main page as a sponsor. In order to show an organisation as sponsor of the ad in the disclaimer, it needs contact details for that as well.

An address, and a phone number, which not many small organisations possess. So, to protect the privacy of their Ad Managers, who could be simple activists who lend their identity to help the organisation, they might have to provide their managers or founders’ private data. This won’t be a problem for NGOs or volunteering organisations who act in non-controversial fields, but what about those who are fighting against organised crime or in countries where democracy is not exactly at its best and there is a strong repression of free speech? Furthermore, to be authenticated you have to go through the process while being an admin of the page, exposing the pages who are owned by non profit to exploitation, hacking, the chance of being stolen, deleted, etc.

Let’s not be naive though: these are risks to which NGOs are exposed regardless of the new rules. Nevertheless, this whole process creates so many more opportunities that endanger the safety of sensitive data for people who might already be exposed to life threats and violent repression.

In a letter sent on 7 May to the NGOs that complained about Facebook’s ad rules, the EU Commission’s secretary general Martin Selmayr said that there is “no firm indication that the European Commission would be exempt from Facebook's single country approach for political advertisement.”